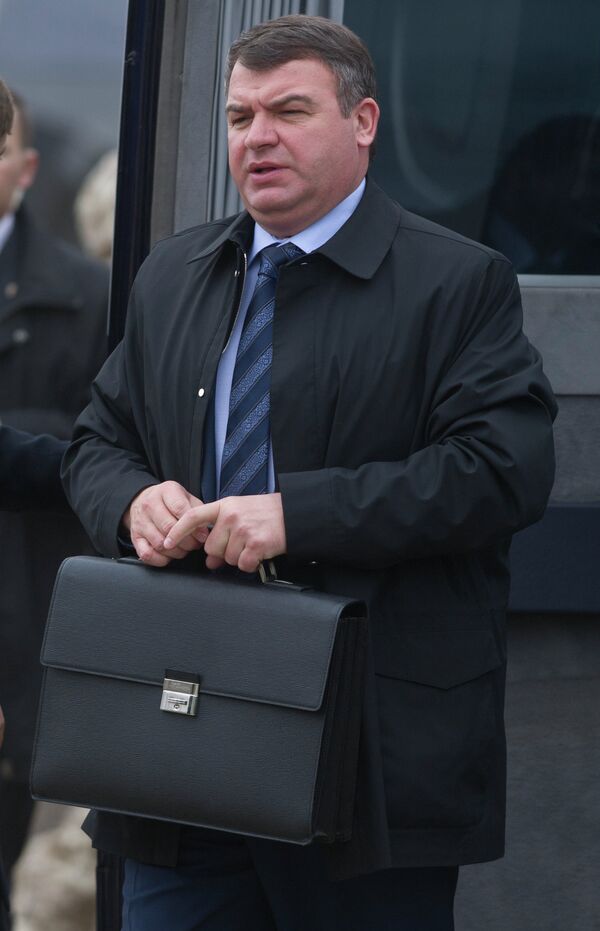 © RIA Novosti . Sergey Guneev
/
Go to the mediabank
Subscribe
International
India
Africa
A contract with France on the construction of modern warships for Russia will be signed when it is ready, Russian Defense Minister Anatoly Serdyukov said on Wednesday.

A contract with France on the construction of modern warships for Russia will be signed when it is ready, Russian Defense Minister Anatoly Serdyukov said on Wednesday.

Russia and France signed an intergovernmental agreement in January on four Mistral-class helicopter carriers - two to be built at the STX shipyard in Saint-Nazaire, France, and two in Russia under French license.

"At present negotiations are ongoing on only two ships," Serdyukov said after his working visit to France on Tuesday.

"The scheme of the deal is this: We sign an agency contract with [Russian arms export monopoly] Rosoboronexport, which will procure two warships for the ministry," he said.

"Who the French sign a contract with as subcontractors is the question."

Russia would like the United Shipbuilding Corporation (USC) to be part of the deal.

"We are interested in two ships on which the French would be under formal obligation to provide post-sales servicing," Serdyukov said.

He said his talks in France were short, "about 40 minutes," but constructive.

Serdyukov said he had made arrangements for his new French counterpart, Gerard Longuet, to visit Russia on April 14-15.

A number of Russia's neighbors have expressed concern over the upcoming deal, in particular Georgia and Lithuania, although a Russian Defense Ministry source said in early February the ships would be inducted with the Pacific Fleet to protect the South Kuril Islands claimed by Japan.