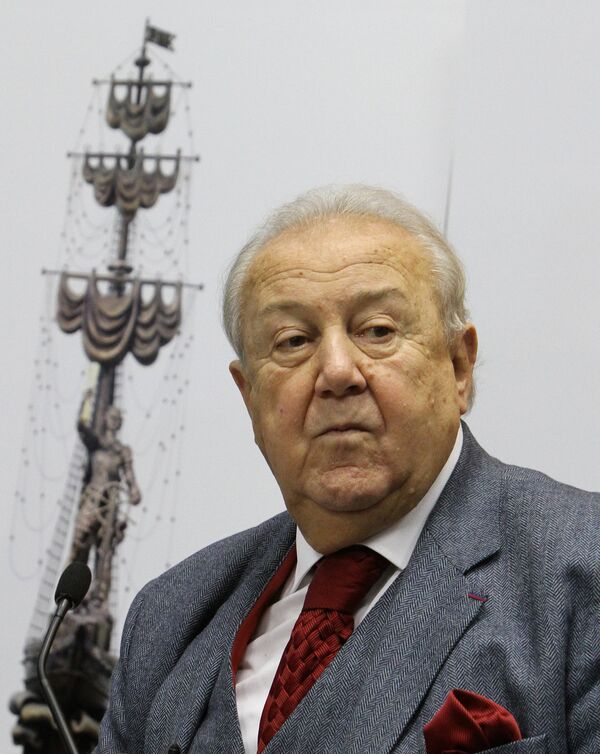 © RIA Novosti . Andrei Rudakov
/
Go to the photo bank
Subscribe
A Russian sculptor known for his grandiose and controversial monuments says he has begun working on a new memorial to the victims of Japan's earthquake and tsunami.

A Russian sculptor known for his grandiose and controversial monuments says he has begun working on a new memorial to the victims of Japan's earthquake and tsunami.

More than 2,400 people have been confirmed dead after the earthquake, measuring 9.0 points on the Richter scale, struck the country on Friday, triggering 10-meter waves that hit Japan's northeastern coast shortly after the quake. Officials and rescuers fear that the death toll from the disaster may exceed 10,000 as thousands are still missing.

Sculptor Zurab Tsereteli said he was deeply touched by the tragedy.

"I cannot stop crying when I see terrible pictures on TV of what has happened in Japan," he told RIA Novosti, adding that he decided to create a monument as support for the Japanese people.

The sculptor said he is planning to present his monument to Japan, adding, however, that he has yet to discuss the idea with both the Russian and Japanese authorities.

Tsereteli's Tear of Grief memorial to the victims of the 9/11 terrorist attacks was installed in New York in 2006. He is also the author of the Tragedy of Peoples monument, designed as a warning against totalitarianism, which is installed at Moscow's war memorial of Poklonnaya Gora.

Tsereteli's monument to Peter the Great in the middle of the Moscow River, one of the tallest outdoor statues in the world, has been dividing public opinion in the Russian capital ever since it was erected there in 1998, and has survived an attempt to blow it up.