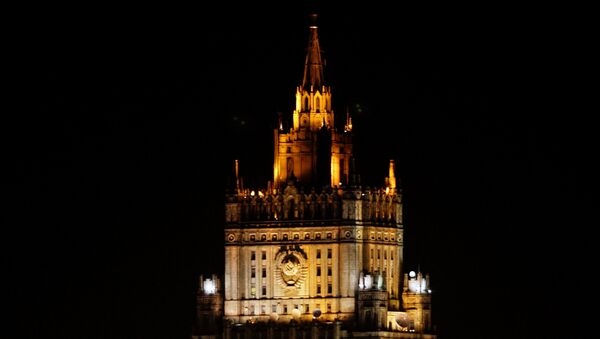 Foreign military intervention in Libya is inadmissible in any form, the Russian Foreign Ministry said in a statement.

French President Nicolas Sarkozy has said France and Britain are ready to launch "targeted air strikes" on Libyan leader Muammar Gaddafi's forces if they use chemical weapons or warplanes against civilians.

"Foreign military intervention should be ruled out," the Russian Foreign Ministry said.

The statement comes ahead of an emergency meeting by foreign ministers of Arab League member states, who will gather in Cairo to discuss whether to support introduction of a no-fly zone above Libya.

Calls for the zone closure have stepped up in recent days after Libyan armed forces launched further air strikes on the rebel frontline in the east of the country.

According to some media reports NATO's military staff have started drawing up contingency plans for sending air and naval forces into combat if called upon.

Thousands of people have been killed in Libya since the first protesters began demanding the end of Gaddafi's 42-year rule in mid-February.