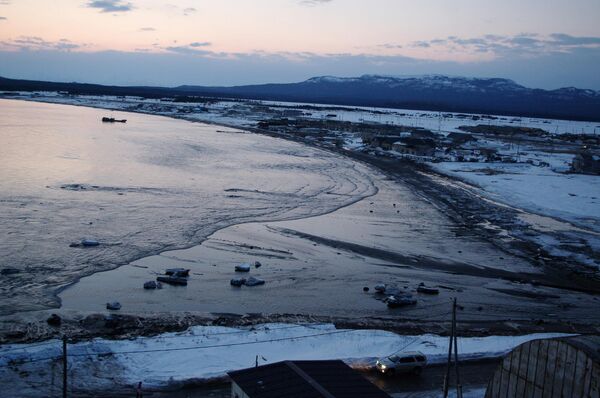 A magnitude 6.6 aftershock earthquake ripped through Japan's western Niigata prefecture around 12 hours after the fifth strongest quake on record struck off the country's northeast coast, the Kyodo news agency said.

No tsunami warnings were issued following the quake, which was recorded at 3.59 am, Saturday, local time (18.59, Friday, GMT). There have been no reports of injuries.

Over 1,000 people are feared dead, and hundreds are missing in Japan after an 8.9-magnitude earthquake struck about 373 km (232 miles) north-east of Tokyo on Friday afternoon, sparking a series of tsunamis.

Several aftershocks occurred shortly after the initial quake. The strongest was measured at 7.1 on the Richter scale.

World Bank CEO Robert Zoellick said on Friday the organization was ready to help Japan deal with the aftermath of the quake.

"On behalf of the World Bank Group I would like to express our deepest sympathies to the people of Japan, especially to those who have lost loved ones in the earthquake and tsunamis," Zoellick said in a statement.

"This is a heartbreaking situation and the World Bank Group stands ready to help the government and the people of Japan in the recovery efforts," he said.

Increased radiation levels were registered at the Fukushima nuclear plant in northeast Japan. Some 2,000 people living nearby were told to evacuate.

At least 19 countries and Pacific islands have issued tsunami warnings.