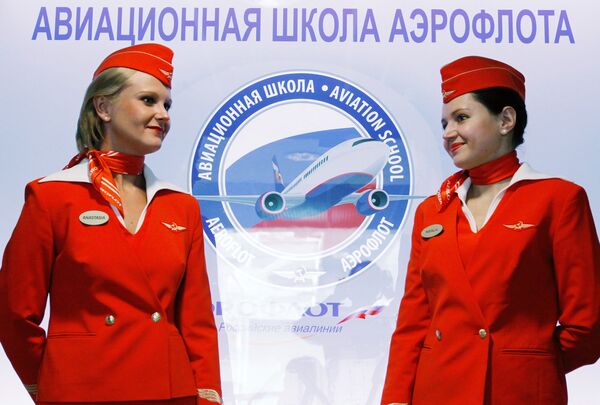 Russia's flagship airline Aeroflot opened its own flight school in the Moscow region on Friday.

The school will allow the airline to cut its pilot training costs and reduce Russia's pilot deficit.

"The demand for pilots is constantly growing," Aeroflot Director General and CEO Vitaly Saveliev said at the opening ceremony. "Aeroflot alone needs to hire 250 new pilots a year, while the entire industry needs at least 800."

The school will use advanced methodology and equipment to train pilots initially for the Airbus A320 plane, and later for the Sukhoi Superjet 100 and other passenger planes.

Aeroflot plans to train 160 pilots a year. A two-year training course will include an 18 month foundation course at the Ulyanovsk Higher Civil Aviation School and six months of contract-based training at the Aeroflot flight school.

After 2013, Aeroflot will start training pilots for other Russian airlines, Saveliev said.

Founded by the Russian Government in 1923, Aeroflot is among the world's oldest airlines and one of Russia's most recognized brands.

Aeroflot's fleet, which is among Europe's most modern and fastest growing, consists of over 100 aircraft, with its backbone formed by the Airbus A320-family, and A330 and Boeing B767 planes.