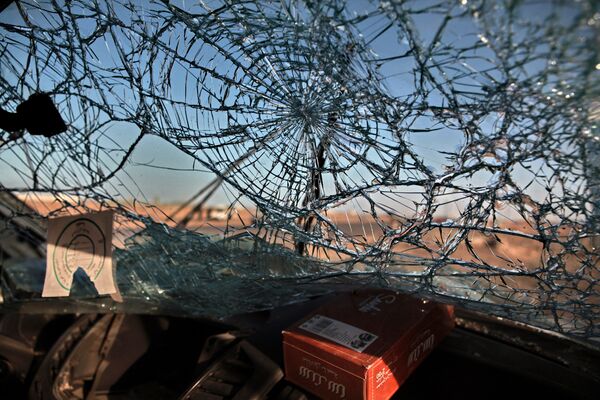 The air strikes near rebel positions east of the oil port of Ras Lanuf follow similar attacks on Monday and Tuesday.

The rebels fighting to force Gaddafi from power took hold of Ras Lanuf last week. A rebel spokesman said an offer by Gaddafi's representatives to negotiate the Libyan leader's exit had been rejected.

Australian Foreign Minister Kevin Rudd on Wednesday joined foreign ministers of the Gulf Cooperation Council to call on the United Nations Security Council to impose the no-fly zone over Libya to protect civilians.

A UN resolution on the no-fly zone is to be debated by NATO defense ministers later this week.

In recorded comments broadcast on Libyan television on Wednesday, Gaddafi accused the United States, Britain and France of planning to seize Libya's oil and wealth.

When questioned on the stand taken by Western powers, and France in particular, Gaddafi said they "want to colonize Libya again", adding: "It's a colonialist plot."

Up to 3,000 of people have been killed so far in the unrest that has entered its third week. The UN says around 200,000 people have been displaced by the violence. Pro-Gaddafi forces continue to maintain a strong grip on the west of the country.