Brazilian stars to play in Grozny 'out of respect' - Chechen leader 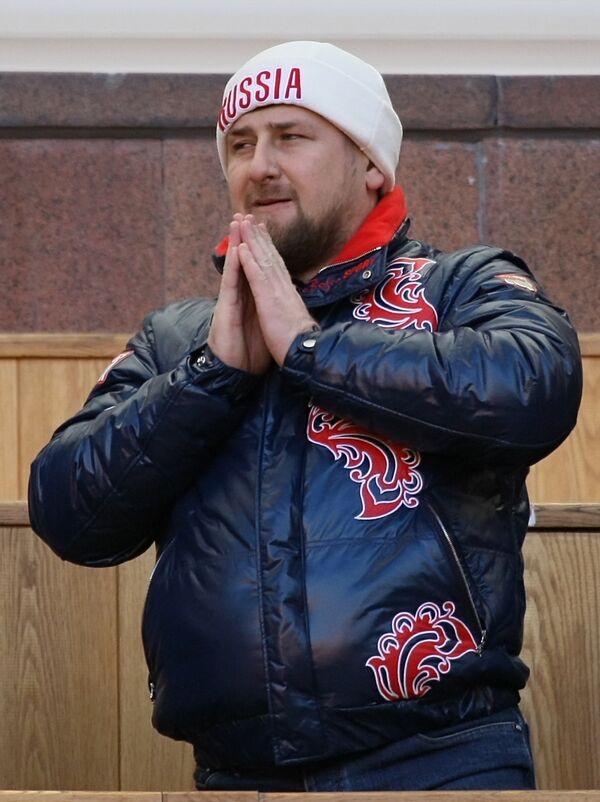 Chechen leader Ramzan Kadyrov said on Tuesday that members of Brazil's 2002 World Cup winning side would play in an exhibition match in the republic's capital of Grozny "for free."

Chechen leader Ramzan Kadyrov said on Tuesday that members of Brazil's 2002 World Cup winning side would play in an exhibition match in the republic's capital of Grozny "for free."

Speaking at a news conference that stretched into the early hours of March 8, former militant Kadyrov, 34, said that he knew nothing about any payments to the Brazilian team, which may include recently retired football legend Ronaldo.

"They are coming out of respect for the Chechen people," he went on.

He also said that his assistance for victims of recent floods in Rio de Janeiro had also played a role in convincing the players to travel to Grozny.

Although the line-ups for Tuesday's match have not yet been announced, Kadyrov confirmed that he would captain "Team Grozny" against the Brazilians at the Sultan Bilimkhanov stadium, where his father, Chechen president Akhmad Kadyrov, was killed by a bomb attack on May 9, 2004.

Ruud Gullit, the one-time Dutch international and former world player of the year, who recently took over as manager of Terek Grozny, is also expected to line-up alongside the leader of the Chechen republic.

The game is due to begin with a concert that Chechen officials say will feature pop music star Enrique Iglesias.

Unsurprisingly, the match has garnered international media attention, and there were some 50 foreign reporters in attendance at the news conference in Grozny, rebuilt from scratch in recent years after two brutal separatist wars.

But Kadyrov denied the game was being staged as a massive public relations stunt for the republic, which suffers from massive unemployment.

"The whole world loves football," he said. "We love it too."