Putin's playing piano, singing in English pays off for hospitals 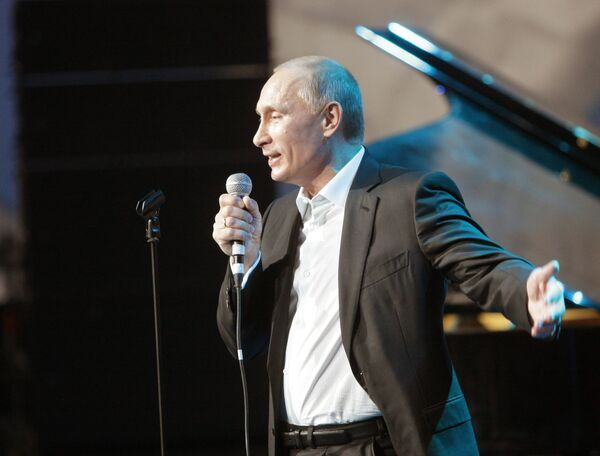 Putin in December joined world famous actors and entertainers in St. Petersburg at a charity event for children diagnosed with cancer, where he played the Russian song From Where Does the Motherland Begin on the piano and then sang Blueberry Hill in English with jazz performers. Putin's performance received a standing ovation.

"This was a charity event. When we made the decision on the prime minister's participation in it, for us it was important that his presence would attract the attention of sponsors to three concrete medical institutions, two in St. Petersburg and one in Moscow," Peskov told RIA Novosti.

Peskov said that once questions started being raised in regard to donations, the government checked the status of the program.

"We became convinced that the sponsors are working and that work is continuing in providing the medical institutions with new equipment," he said.

He added that the hospitals would receive the needed equipment within a few more months, adding that "it's important to understand how charity funds work."

Some news agencies earlier reported that no donations had been made to the fundraiser.