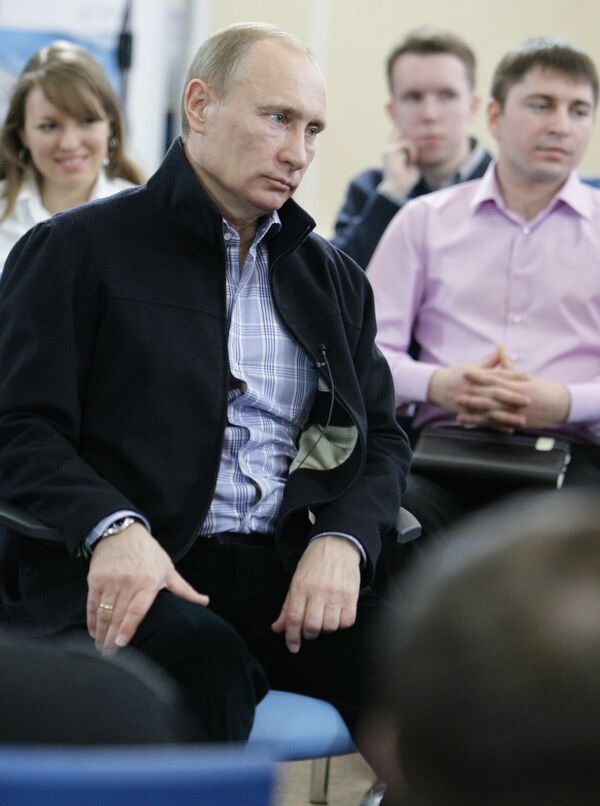 Photos of the 750,000 sq m palace, which features a casino, swimming pools, a gym and helipads, were first released in December by the Ruleaks.ru whistle blowing website.

Ponomarenko said the project was to be a hotel and commercial complex and dismissed the nickname "Putin's palace" as "rumors and journalist fiction."

Sergei Kolesnikov, a Russian businessman formerly involved in the project, wrote an open letter to President Dmitry Medvedev in December saying the project, which he claimed was worth $1 billion, was being funded on "corruption, bribery and theft." The president has not responded.

The controversy was reignited last month after the liberal Novaya Gazeta newspaper published what it claimed to be a copy of the original contract for the palace signed by Kremlin property manager Vladimir Kozhin in 2005.

Kozhin denied the allegations, as did Putin's spokesman.

Putin's supporters say the allegations about the palace are part of a smear campaign against him ahead of the 2012 presidential elections, in which the premier has hinted he may try to return to the Kremlin.