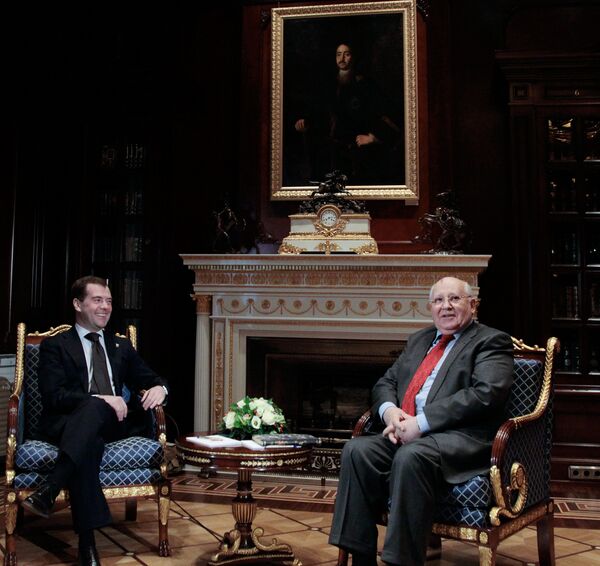 Gorbachev, the so-called architect of perestroika and glasnost in Russia, is celebrating his 80th birthday on Wednesday. He was the seventh and last leader of the Soviet Union and is well known for his reform attempts, which led to the dissolution of the Soviet Union.

"I think it is a fitting mark of the important work you undertook as head of state," Medvedev told the former president.

The eight-pointed star embossed with an image of St. Andrew and a blue ribbon was established by Emperor Peter the Great in 1698-99. Late president Boris Yeltsin revived the order in 1998.

Russian Prime Minister Vladimir Putin also sent a letter of greetings to Gorbachev, calling him "one of the most prominent state leaders, who significantly influenced world history."

Gorbachev is still worshiped by some Russians for bringing freedom and democracy to the country, while many others consider him a weak politician, who ruined the Soviet empire.

His controversial image in Russia could be one of the reasons why the main celebrations of his birthday will take place later in March in the West, where he is seen as a symbol of the liberalization of Soviet life and the ending of the Cold War.