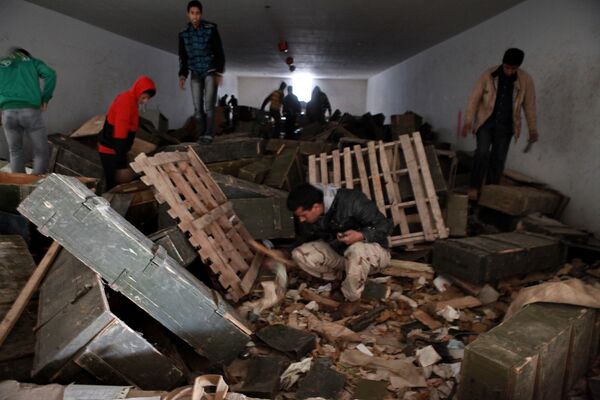 Libyan security services opened fire on Monday on an anti-Gaddafi protest in the capital of Tripoli, the Benghazi-based Quryna paper said.

Earlier reports said the security services started shooting in the air in the eastern part of Tripoli, where about 400 protesters had gathered to urge Libyan leader Muammar Gaddafi to step down.

"They opened fire on unarmed people, many of those were killed and injured," Quryna reported.

During an interview with the U.S. ABS TV channel, Gaddafi said he was sure Libyans still loved him.

He also claimed he had been betrayed by Western countries. "We fought against Al-Qaeda, and now when we fight against terrorism, they have left us. Maybe they want to invade Libya," Gaddafi said.

Violent nationwide protests demanding the end of Gaddafi's 42-year rule are currently raging across Libya. According to international organizations, up to 2,000 have been killed and another 4,000 wounded in the clashes.