Belarusian dissidents urge authorities to treat them as opponents, not thugs 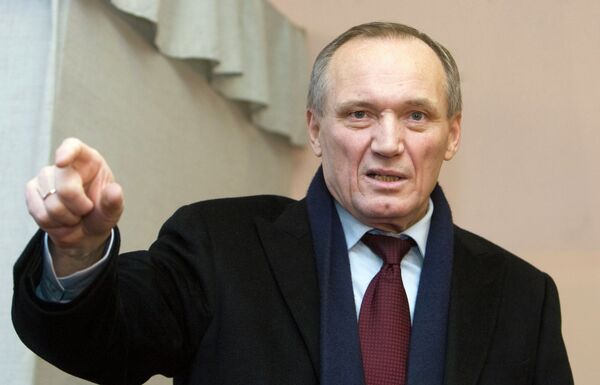 © RIA Novosti . Sergei Samokhin
/
Go to the photo bank
Subscribe
The backers of Belarusian ex-presidential candidate Vladimir Neklyaev on Monday urged the national leadership to treat them as political opponents rather than criminals.

The backers of Belarusian ex-presidential candidate Vladimir Neklyaev on Monday urged the national leadership to treat them as political opponents rather than criminals.

Hundreds of people were detained during a demonstration in central Minsk after the December 19 presidential elections, which secured the country's long-standing strongman Alexander Lukashenko his fourth term in office. The opposition called the elections "flawed."

At a press conference held in Minsk, one of the senior figures in Neklyaev's election campaign, Sergei Voznyak, said: "I am addressing the leadership of the country. We held a political struggle and you should treat us as political opponents rather than criminals."

Voznyak said the criminal case over the protests in Minsk should be revised because "the issue is not about mass riots, but about several people who yielded to the actions of the provocateurs."