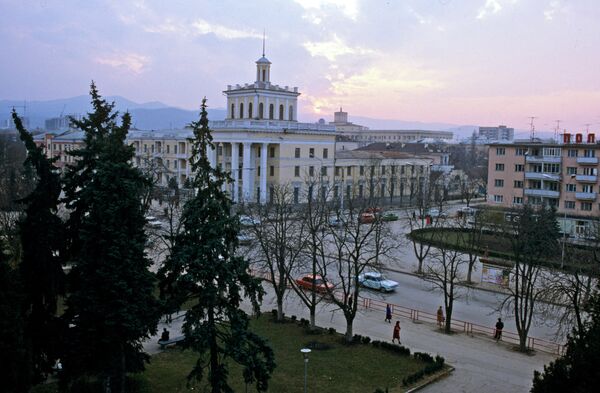 The city came under attack from "several small groups of militants in cars," a police source said.

"The militants fired four shots from a grenade launcher at the local FSB [Federal Security Service] department. Subsequently, two traffic police stations came under attack, one of them is still under fire," the source said.

One person was injured in the shooting, no fatalities have been reported.

"In addition, a blast occurred at an FSB health resort, it could have been a bomb or grenade," he added.

Nalchik may be declared a counter-terrorism operation zone, the source said.