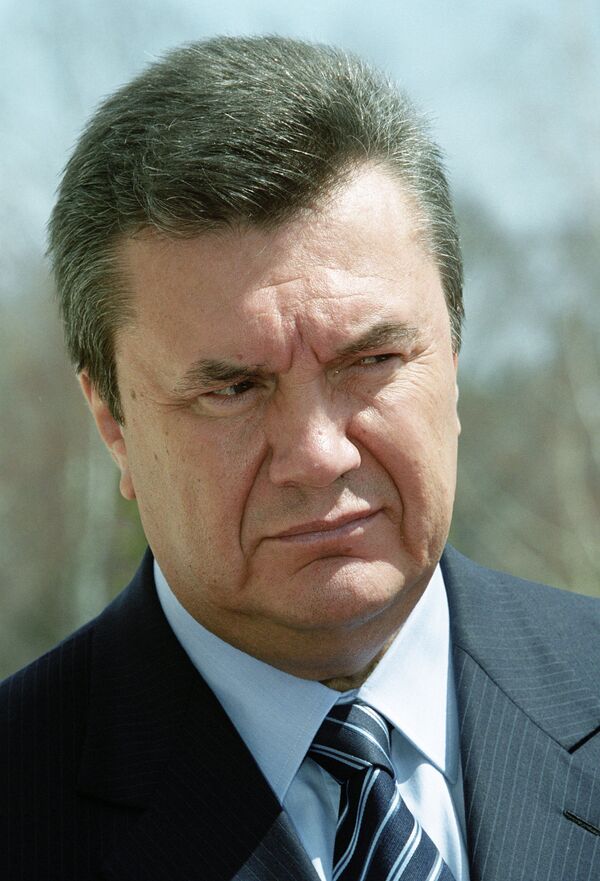 "History has passed judgment on Stalin and Ukraine will definitely not revise its negative view of this historical personality," Yanukovych said.

However, no one will forbid Ukrainian citizens from "believing in their heroes," he added. "We live in a democratic country."

In May 2010, a three-meter monument to Stalin was erected outside the Ukrainian Communist Party's headquarters in the eastern Zaporizhye region, causing a furor across the country. Many Ukrainian politicians demanded that the monument be dismantled.

In late December the statue had his head cut off by unidentified vandals and on New Year's Eve it was completely destroyed in an explosion.

Yanukovych, who was elected president last year with strong support in the largely Russian-speaking east of the country, said Ukraine's people were also free to decide for themselves what to think of Ukrainian nationalist leader Stepan Bandera.

"We need not look for simplistic answers to difficult questions. We need not seek out disagreements," he said.

Former Ukrainian President Viktor Yushchenko, known for his promotion of Ukrainian nationalism, issued a controversial decree in January 2010 to award Stepan Bandera the title of national hero about a month before his presidential term expired in February.

The decree honoring Bandera provoked anger from both Russia and the West and was quickly repealed by Yanukovych when he succeeded Yushchenko as president.