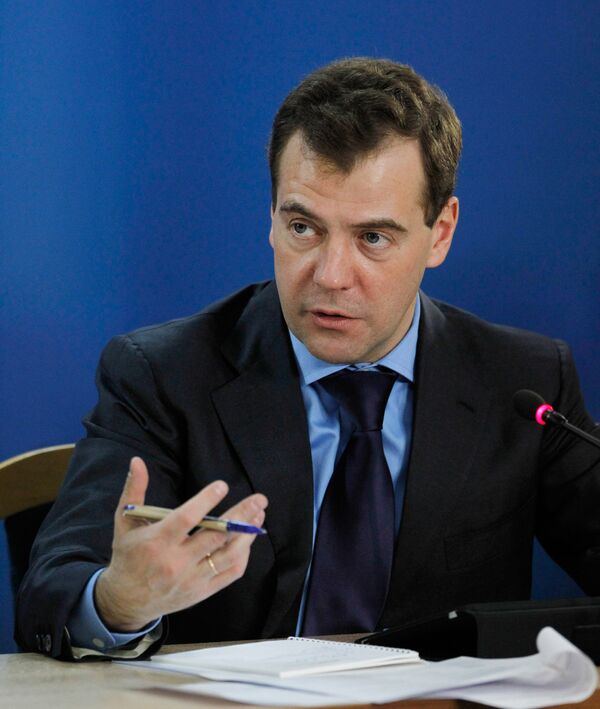 Russian President Dmitry Medvedev has fired seven high-ranking police officers as part of his drive to improve policing in the country, the Kremlin announced on Friday.

The list includes a Moscow deputy police chief and generals in the regional forces of Chelyabinsk, Stavropol and the Urals.

Medvedev promised to clean up the country's police force following a series of high-profile scandals. A package of reforms passed by parliament earlier this year that comes into effect on March 1 requires a 20 percent cut in officer numbers by 2012.

It will also rename the Russian law enforcement agency from the time-honored "militia" to the Western-style "police."