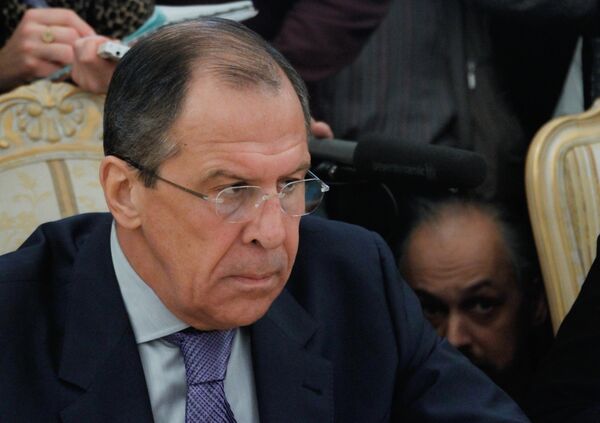 The European Union is considering implementing sanctions against Libyan leader Muammar Gaddafi as the authorities in the North African country continue to use violent methods to quash a prolonged uprising.

The European Union is considering implementing sanctions against Libyan leader Muammar Gaddafi as the authorities in the North African country continue to use violent methods to quash a prolonged uprising.

Reports say up to 1,000 people have been killed in fighting between demonstrators and pro-Gaddafi forces.

The proposed sanctions include a freeze on Gaddafi's assets a travel ban for Gaddafi and his associates, and an arms embargo.

U.S. President Barack Obama threatened on Wednesday to impose sanctions and denounced the violence as "outrageous and unacceptable."

Russian foreign ministry spokesman Alexander Lukashevich expressed doubt that sanctions against Libya would have an effect.

"Sanctions...sometimes work, but it is hardly right to say that this is an effective method for the international community to influence a situation," Lukashevich said.

Russia and the EU on Thursday condemned the use of force against civilians in Libya.

"We condemn and consider unacceptable the use of military force to break up peaceful demonstrations... which has resulted in the deaths of hundreds of people," EU foreign policy chief Catherine Ashton and Russian Foreign Minister Sergei Lavrov said in a joint statement.

An estimated 5,000-6,000 EU citizens are believed to be currently stuck in Libya.

"There is a vessel which is actually coordinated by China, which has made 500 places available for EU citizens," European Commission spokesman Raphael Brigandi told journalists in Brussels.

On Wednesday, the EU activated a shared disaster-response system that allows member states to pool resources such as ships and aircraft to deal with sudden crises in Europe and its bordering countries.

Earlier this week, the 27-nation bloc broke off negotiations with the Libyan government on an EU-Libya Framework Agreement.