Russia's evacuation of citizens from Libya by planes completed 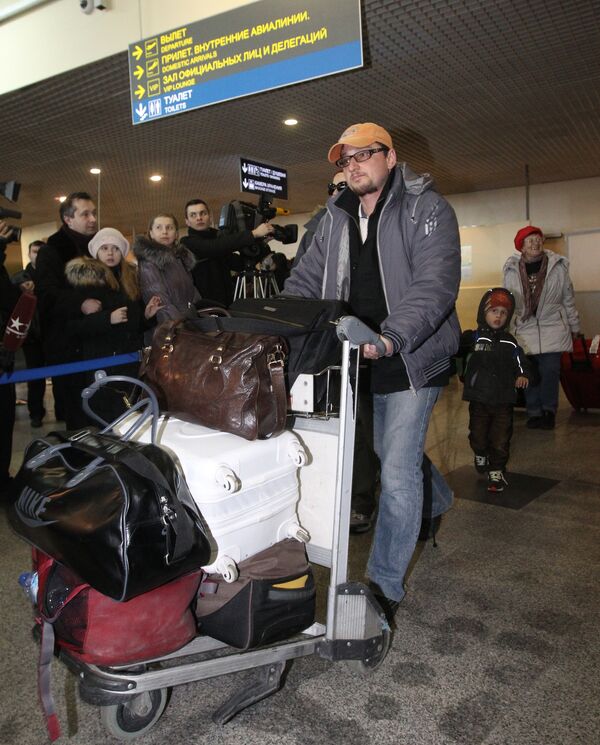 © RIA Novosti . Alexei Kudenko
/
Go to the photo bank
Subscribe
The final fourth plane carrying Russians to Moscow from Libya has taken off, a spokesman for Russia's Emergency Situations Ministry said on Wednesday.

The final fourth plane carrying Russians to Moscow from Libya has taken off, a spokesman for Russia's Emergency Situations Ministry said on Wednesday.

"The evacuation of Russians and other nationals by planes has been completed. Yak-42 carrying 16 members of the ministry's task force took off at 5.20 p.m. Moscow time [14:20 GMT] from an international airport in Tripoli," the spokesman said.

Russia has sent four airplanes to evacuate a total of 563 Russians from Libya, hit by mass anti-government protests. Most of them are employees of the Russian Railways monopoly and the Gazprom energy giant or families of Russian diplomats.

Earlier on Wednesday, two Il-76 planes from the riot-torn Libya landed at Moscow's Domodedovo Airport and the third plane, Il-62, is expected to arrive soon.

Russia is also sending a passenger vessel, which can hold 1,000 people, from Montenegro on Wednesday. The ship will take on Russian, Turkish and Serbian passengers working in Libya under a contract with the Russian Railways. Once the passengers are on board, the vessel will head to Istanbul.

According to international organizations, up to 500 people have been killed and up to 4,000 wounded in clashes with government forces in Libya since protests against longtime leader Muammar Gaddafi's regime began on February 15.