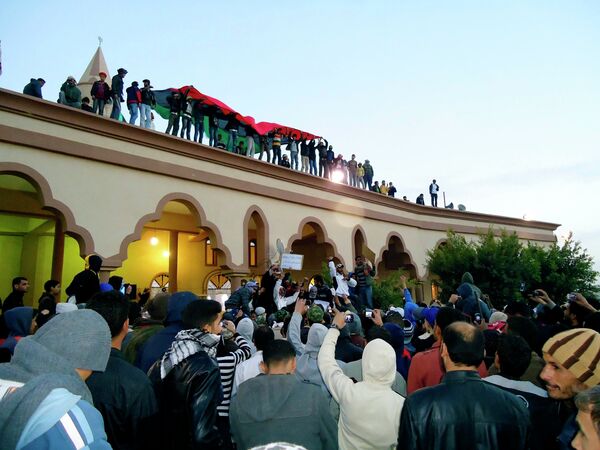 © RIA Novosti
Subscribe
Libyan leader Muammar Gaddafi said on Tuesday he would not quit despite a countrywide uprising, was ready to die as a martyr in his home country and vowed to quell protests.

Libyan leader Muammar Gaddafi said on Tuesday he would not quit despite a countrywide uprising, was ready to die as a martyr in his home country and vowed to quell protests.

"Muammar has no post to relinquish. Muammar is not a president; Muammar is leader of the revolution until the end of time and will die here in this land as a martyr," the Libyan leader said defiantly in a televised address to the nation.

Gaddafi called the protesters "rats and mercenaries" and said he would "cleanse Libya house by house" if they refused to surrender.

Up to 500 people are believed to have been killed by government forces since protests against Gaddafi's regime began on February 15.

Gaddafi denied the use of force, but vowed action against traitors.

"We have not used force yet, but if we have to use force, we will use it," he said, urging all Libyans to join his supporters and ensure stability in the country.

"Peaceful protest is one thing but armed rebellion is another."

Gaddafi accused "certain forces" of instigating the riots and supplying protesters with money and weapons.