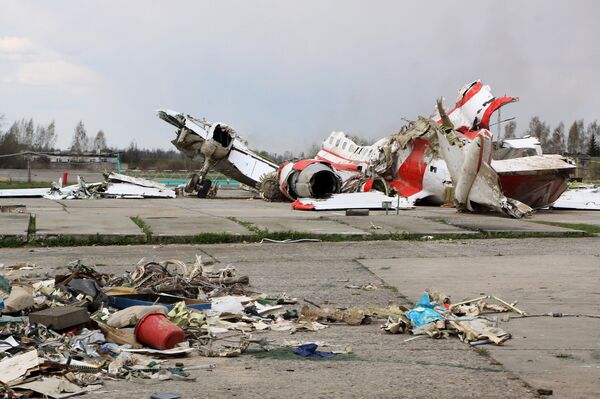 © RIA Novosti . Oleg Mineev
/
Go to the mediabank
Subscribe
International
India
Africa
The crew of crashed Polish presidential plane clearly made a mistake when they tried to land in dangerous weather conditions.

The crew of crashed Polish presidential plane clearly made a mistake when they tried to land in dangerous weather conditions, Polish Foreign Minister Radoslaw Sikorski said.

"Polish pilots clearly made a mistake, now matter how many times we deny it – they should not have landed in fog," Sikorski said.

Then president Lech Kaczynski, his wife and dozens of high-ranking Polish officials were killed on April 10, 2010, when their Tu-154 plane crashed near the Russian city of Smolensk.

Moscow-based CIS International Aviation Committee (MAK) released a report on January 12, citing pilot error as the main cause of the tragedy. Polish experts and officials have criticized the report, saying it did not consider all the evidence.

Polish investigators will deliver their own report in late March.

"Russians should be grateful if the Polish report demonstrates that the work of Russian air traffic requires changes. Russians are interested in making their flights safe," the foreign minister said.

"We have common interests. Problems begin when politics begins to interfere," he added.