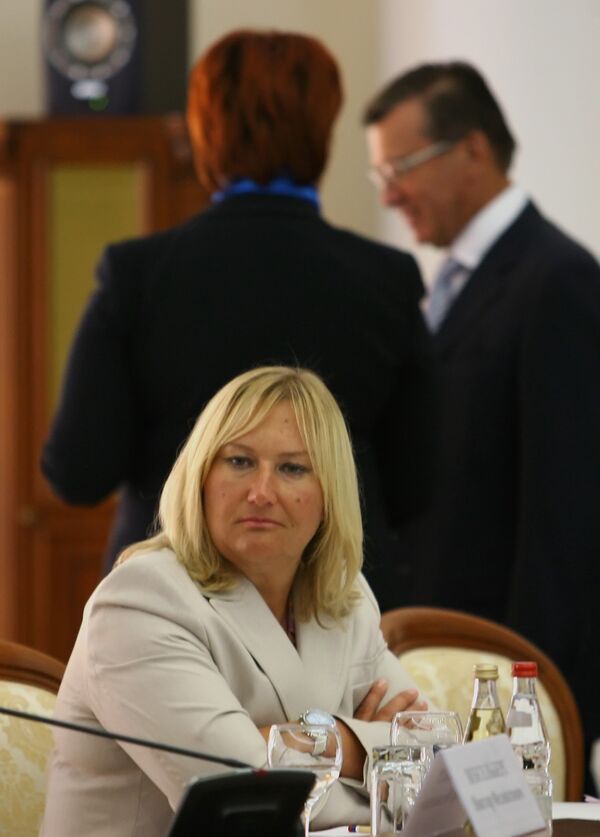 Elena Baturina, the head of construction company Inteko and the billionaire wife of the former Moscow mayor Yury Luzhkov, said on Friday she would sue media that reported her bank accounts were found to contain dirty money.

Elena Baturina, the head of construction company Inteko and the billionaire wife of the former Moscow mayor Yury Luzhkov, said on Friday she would sue media that reported her bank accounts were found to contain dirty money.

A Russian investigator told the Financial Times newspaper in early February that Baturina was being investigated as part of a $440 million embezzlement probe.

Police searched Inteko's offices on Thursday. Later in the day, the press service of the Interior Ministry's Investigative Committee said the $440 million had been fraudulently transferred to the personal account of Inteko's head.

Baturina called the raid on Inteko's offices "greenmail." She also said on Friday that reports published in a number of media outlets that the $440 million at the center of the embezzlement probe had been found in her personal account "has nothing to do with reality."

"I'm going to sue the media that published such slander, and I'm confident of victory," she said.

An Inteko spokesperson said on Thursday no criminal proceedings had been launched against the company.

During the recent financial crisis Inteko received support from the Bank of Moscow, the partially city-owned bank that has close ties to Luzhkov.

In the summer of 2009 the company sold 58 hectares of land in the southwest of Moscow for nearly 13 billion rubles ($440 million) to Premier Estate, a little-known company with a charter capital of just 10,000 rubles.

The Financial Times said Premier Estate was established especially for buying the land at twice the plot's market value to pay off a debt to the Bank of Moscow. Later the firm was sold and the land is now owned by a British private equity group.

Before he was fired in September last year, Luzhkov had long faced accusations he had used his position to help his wife amass her $2.9 billion wealth through construction contracts in the Russian capital.