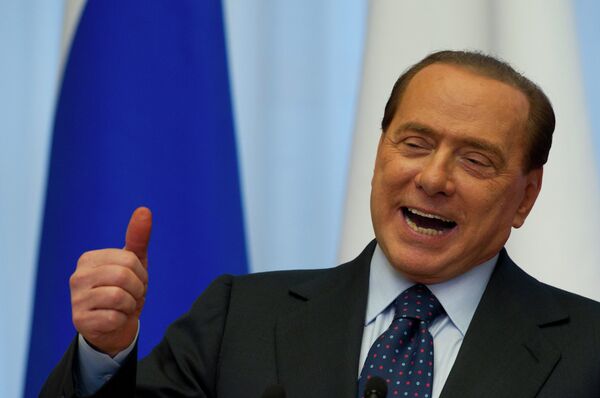 Italian Prime Minister Silvio Berlusconi said on Wednesday he was unconcerned about a trial on his alleged sex relationship with an under-aged Moroccan girl.

Italian Prime Minister Silvio Berlusconi said on Wednesday he was unconcerned about a trial on his alleged sex relationship with an under-aged Moroccan girl.

Berlusconi is under investigations for allegedly having invited a 17-year-old Moroccan belly-dancer, Karima El Mahroug, nicknamed Ruby, to his parties at his residence and paid her to have sex with him.

Judge Cristina di Censo said on Tuesday she had approved the trial on Berlusconi, who has denied all the accusations and says he has never had sex with the girl.

Berlusconi has been in office since 1994 and his current five-year term expires in 2013. The Italian premier ruled out the possibility of early elections and said the current government would work until the end of its term.

"The government is working on tax reform and liberalization. We've done a lot already," the 74-year-old leader said.

Berlusconi, who's been divorced twice, has been involved in a series of sexual and financial scandals but has never been found guilty. He has told the press that this was the 28th time in 17 years that judges from Milan had pursued him.