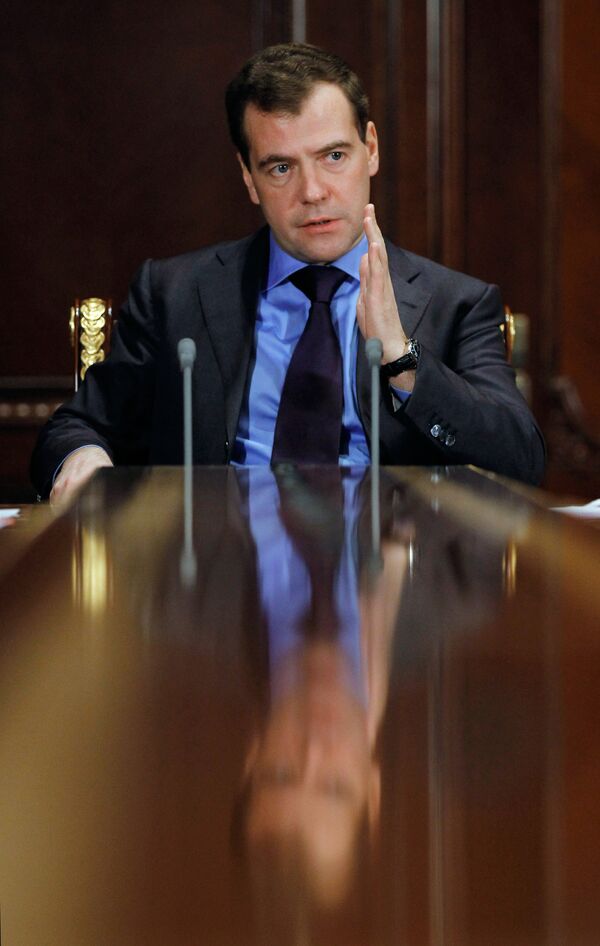 Russian President Dmitry Medvedev has proposed the creation of the All-Russian Cossack Association to unite members of the Cossack communities across the country.

Russian President Dmitry Medvedev has proposed the creation of the All-Russian Cossack Association to unite members of the Cossack communities across the country.

The Cossacks, who now predominantly reside in the Rostov Region near the North Caucasus, were originally runaway slaves who settled in the southern Russian steppes along the Don River where they were unlikely to be caught. Later, they acknowledged the sovereignty of the tsar in exchange for the status of a special military community with its own rights and freedoms.

Don Cossacks took part in all wars that Russia fought from the 18th to the early 20th century, winning the reputation of fearsome defenders of the nation.

The Cossacks were suppressed by the Communists as a "counter-revolutionary element" threatening to undermine the Soviet regime, but have emerged to reassert themselves as an influential political group after the collapse of the Soviet Union in 1991.

The Cossacks' fervent patriotism and belief in discipline and authority have won them support from the Kremlin, with then-president Vladimir Putin getting himself his own Cossack advisor in the early 2000s.

In line with the Russian law regulating the Cossacks' status, ataman - the head of a Cossack community - is elected by community members for a term of 5 years and is approved by the president.