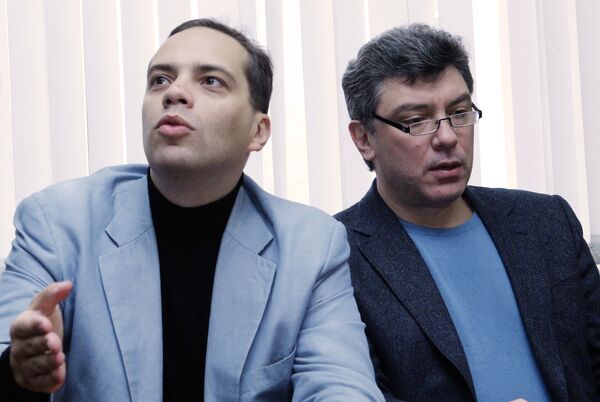 A Moscow court has rejected a lawsuit initiated by opposition figures against Prime Minister Vladimir Putin and a state-owned TV channel.

Boris Nemtsov, Vladimir Milov and Vladimir Ryzhkov asked the court to fine the premier and the Rossiya-1 channel 1 million rubles ($34,000) after Putin said in his annual televised call-in session on December 16 that opposition members were involved in stealing billions from Russia in the turbulent 1990s.

The three opposition activists, who held high posts in the government and parliament in the years of economic reform, accused Putin of slander.

Putin's lawyer Yelena Zabralova said the premier had not mentioned the names of Nemtsov, Milov or Ryzhkov when he made the comment. She said he had expressed his personal opinion, which is allowed under Russian and international law.

"As is the practice of the European Court for Human Rights, there should not be any obstacles to making critical comments," she said. Zabralova accused the three politicians of "using the courtroom as a political rostrum."

Before the hearings began on Monday, Judge Tatyana Adamova asked the parties whether they were willing to settle the case amongst themselves. The defendants declined. Nemtsov said he would be in favor of settling the case without a trial, but only if Putin personally attended the hearings.