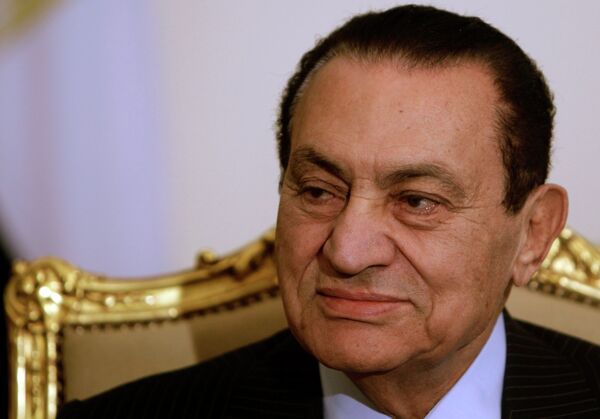 © RIA Novosti
Subscribe
Less than a day after Egyptian President Hosni Mubarak stepped down, it is still difficult to get a clear picture of what really happened.

Less than a day after Egyptian President Hosni Mubarak stepped down, it is still difficult to get a clear picture of what really happened. Why would a man who only yesterday seemed reluctant to transfer part of his authority to his own vice president now give up all of his power to the Supreme Council of Egyptian Armed Forces?

There are many possible answers. Some of the military started joining the demonstrators on Tahrir Square, and perhaps frightened generals compelled the president to resign. His nerves and age (born in 1928) certainly could not have helped him handle one of the worst crises in Egypt's recent history. Or perhaps Mubarak himself had decided to go if his television address on Thursday failed to achieve its desired effect.

Articles and books will be published on this subject over the next few years. Perhaps documentaries will be made. Thirty years in power is a serious argument for serious analysis.

Different people may also have very different opinions on the rule of Egypt's third president.

Some people may say that this was the fall of a corrupt dictator who clung to power to the last, who failed to realize that his country could not be ruled liked it had been ruled since 1981 - in a perpetual state of emergency, with referendums on the extension of power and elections held under a corrupt constitution. Perhaps they will say that his fate was inevitable.

To say so is easy - it seems appropriate, and more importantly, it's harmless. It is even possible to take some specific action. The Swiss government, for one, has already decided to freeze all of Mubarak's assets that it can identify. This is a quintessentially European response. And it's timely.

Other people may say that a genuine military man has left power. He did not quit his post during the crisis but did all he could to ensure a smooth transition to people who know how to rule the country. Or, at any rate, he tried.

This sort of argument is completely useless, but it may be possible for the sake of justice.

After all, there are not just several hundred thousand Egyptians who staged the revolution for a variety of reasons, many of which are fully justified. There are also a little less than 80 million of their compatriots who did not take to the streets and squares. Instead, they established units to defend themselves from marauders. It is quite possible that all of them or some of them agree that Mubarak should have left power long ago, but they were not asked.

There will be many ways to assess Mubarak's 30-year rule once passions subside. Some may recall that owing to his foreign policy (neutrality with Israel and occasional tacit support of the United States), Egypt recovered the oil-rich Sinai. Others may curse Mubarak for a conciliatory pro-Israeli and pro-American line. Still others may admit the obvious - that Egypt has been and is a poor country with 10% unemployment, especially among young people, which led to the current upheavals. Tourists, especially in Russia, will note that Egypt became a tourist paradise not after Agatha Christie wrote her "Death on the Nile" but under Mubarak.

Still others may recall that Egypt's GDP increased five-fold from 1980 to 2006, and now stands at $4,800 per capita. It may not be much, but few countries can boast such achievements.

There is another neighboring Arab country, Tunisia, that is considered even more economically successful, although it has the same unemployment rate. Its current GDP is $9,500 per capita, nearly double that of Egypt.

Yet this did not save Tunisia from the same social upheaval. The only difference is that Tunisian President Zine El Abidine Ben Ali, also a military man, stepped down immediately after the start of demonstrations.

There are many options for Egypt's future. Although Mubarak has left his post, those who are left on Tahrir Square are unlikely to rule the country, much less rule it well. In the past 15 years, there were several cases in which angry nations delegated their representatives to power, but not one of them proved a success.