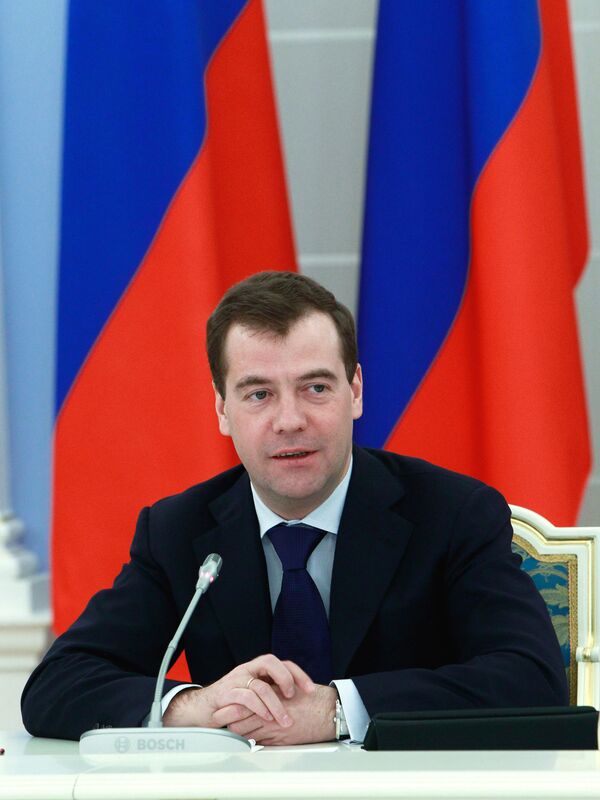 © RIA Novosti . Vladimir Rodionov
/
Go to the photo bank
Subscribe
President Dmitry Medvedev called on the Russian government on Monday not to "relax" in the fight against unemployment and switch to long-term measures regarding the issue.

President Dmitry Medvedev called on the Russian government on Monday not to "relax" in the fight against unemployment and switch to long-term measures regarding the issue.

"Today we must think about switching from anti-crisis measures to long-term and systematic measures, in order not to lose what we have gained as a result of very difficult work at the peak of the [economic] crisis," Medvedev said.

The president said the rate of unemployment in the country is declining, "but this does not mean that either the government or [certain] organizations should relax."

The Federal Agency for Statistics said last week that Russia's jobless rate dropped to 7.5%, or 5.6 million people, from 8.4% in 2010 year-on-year.

The figures and dynamics, Medvedev said, "give us the ability to believe that the government fulfilled the task on the one hand, but on the other, we must not forget that over five million of our citizens are still looking for work."

The president also told the government to think about instruments in support of small businesses in Russia's mono-industrial towns.

"The government should think about state instruments which do not require direct budget financing, including state guarantees that we often talk about," Medvedev said.