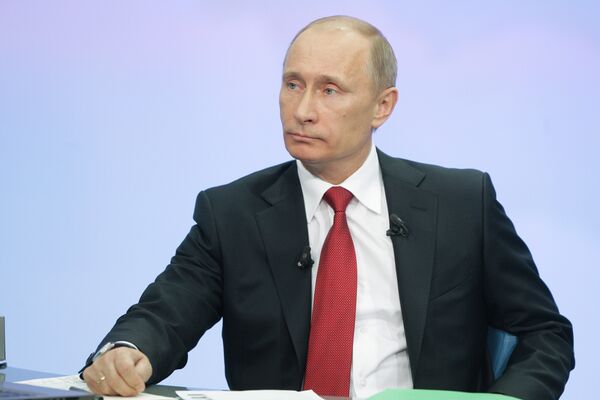 Lawyers for Russian Prime Minister Vladimir Putin and the Rossiiya 1 TV channel have rejected the possibility of settling a libel case without a court hearing.

In his annual call-in televised show on December 16, 2010, Putin asserted that the three opposition figures had stolen billions of dollars together with now-exiled oligarch Boris Berezovsky in the 1990s.

Putin also alleged that if they ever gained power, they would "sell out the entire country."

Nemtsov, Milov and Ryzhkov filed a defamation suit on December 23, demanding 1 million rubles ($33,000) in damages and that the Rossiya 1 television run a retraction. The Rossiya 1 TV channel and Russian media holding VGTRK have been named as co-defendants.

Before the hearings began Judge Tatyana Adamova asked the parties whether they were willing to settle the case among themselves and the defendants declined.

Nemtsov, however, said he would be in favor of settling the case without a trial, but only if Putin personally attended the hearings.

"We would debate, straighten everything out and then leave in peace," Nemtsov said.

The judge reminded him that, according to the law, a court trial is not intended as a ground for debates and ordered the hearings to proceed.