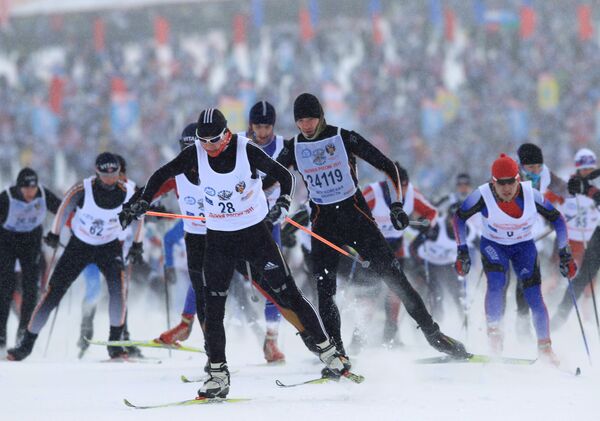 "This year about 1.5 million people took part in the Russian Ski Run," Loginov said, adding that exact figures will be known later.

This year the race was held in 70 Russian regions, and more than 25,000 participants registered for the event in the town of Yakhroma near Moscow. Skiers who competed in Yakhroma represented 24 Russian regions and four states. But previous participation records were not broken due to bad weather.

"The weather was cold, with strong northern winds, but people still flocked to take part," the Russian sports official said.

The oldest participant was 78-year-old Vera Orlova in the city of Cheboksary in the Volga Federal District. The woman has participated in the event since 2004.