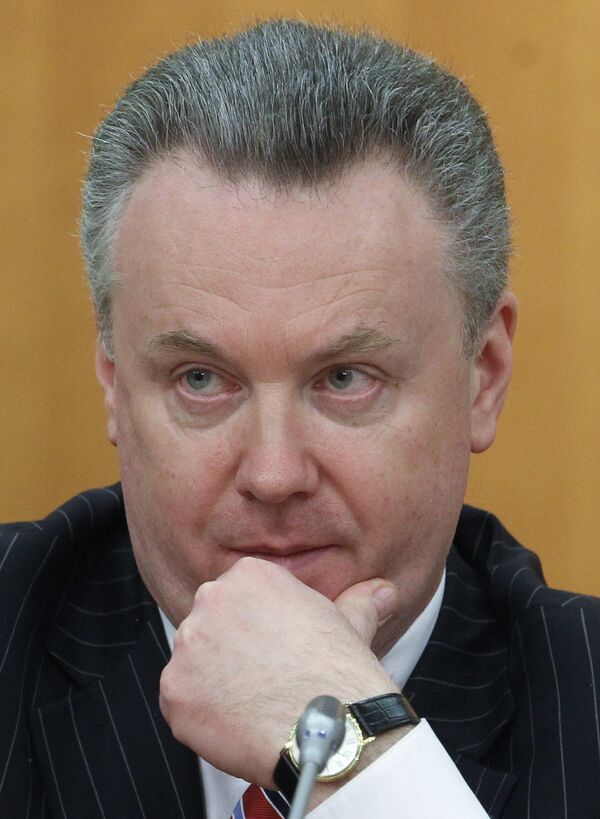 © RIA Novosti . Aleksey Kudenko
/
Go to the photo bank
Subscribe
Russia has sharply criticized Georgia for the arrest and sentencing of Suleiman Barbakadze, a Russian citizen and defender of the rights of Meskhetian Turks.

Russia has sharply criticized Georgia for the arrest and sentencing of Suleiman Barbakadze, a Russian citizen and defender of the rights of Meskhetian Turks.

Barbakadze, former chairman of the International Fund for Repatriation of Meskhetian Turks in Georgia, was arrested in Georgia on fraud charges in July 2010 and underwent a surgery in a prison hospital in November.

He was sentenced earlier this week by a Georgian court to 11 years in prison.

"A strikingly harsh sentence against an elderly person, who is seriously ill, clearly speaks of direct repressions against the defender of the rights of Meskhetian Turks," a written statement by Russian Foreign Ministry's spokesman Alexander Lukashevich said Friday.

Russia believes that a trial against Barbakadze has a political aspect and is aimed against Meskhetian Turks in general.

Meskhetian Turks were deported from Georgia on Stalin's orders in 1944 and had to migrate and struggle for the chance to return home for over 60 years.

Some reports say up to 90,000 Meskhetian Turks, scattered around the former Soviet republics, would like to move back to Georgia.

The Georgian parliament passed a law in 2007 that formally allows the repatriation of Meskhetian Turks, but in reality the Georgian authorities have made a strong effort to hamper the process.

"We see in this [the sentencing] a confirmation of the fact that Georgia has systemic problems with respect for human rights...," Lukashevich said.