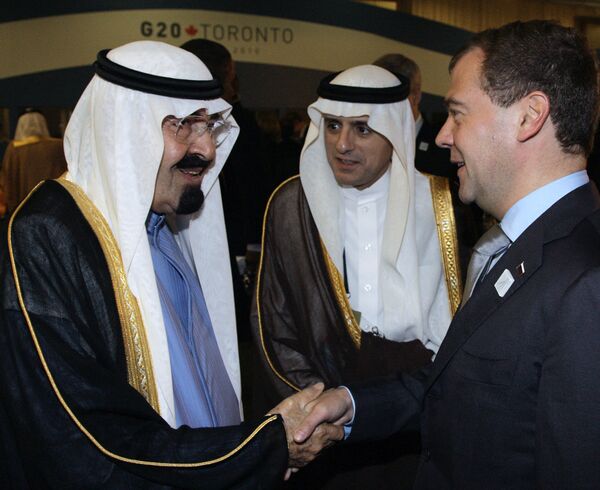 Saudi Arabian King Abdullah bin Abdul-Aziz is alive, a source close to the monarch said on Thursday denying reports of his death.

Saudi Arabian King Abdullah bin Abdul-Aziz is alive, a source close to the monarch said on Thursday denying reports of his death.

"The king is presently in Morocco; he is in good health and good spirits. The report on his death is untrue," the source in Morocco said.

Islamtimes.org web portal reported on Thursday that King Abdullah suffered a sudden heart attack after a phone conversation with U.S. President Barack Obama, during which they discussed the events in Egypt.

The portal said doctors were unable to save the king and he was pronounced dead, but "his death was not reported due to the sensitive conditions that exist in the region."

King Abdullah, 86, left a New York clinic in late December, where he underwent spinal surgery. After that he moved to his residence in the city and left for Casablanca, Morocco, in late January for rehabilitation.

There has been speculation about the king's health since he canceled a visit to France in July.

The report on the death of the ruler of the world's largest oil supplier made oil prices jump as much as $1 per barrel on Thursday.