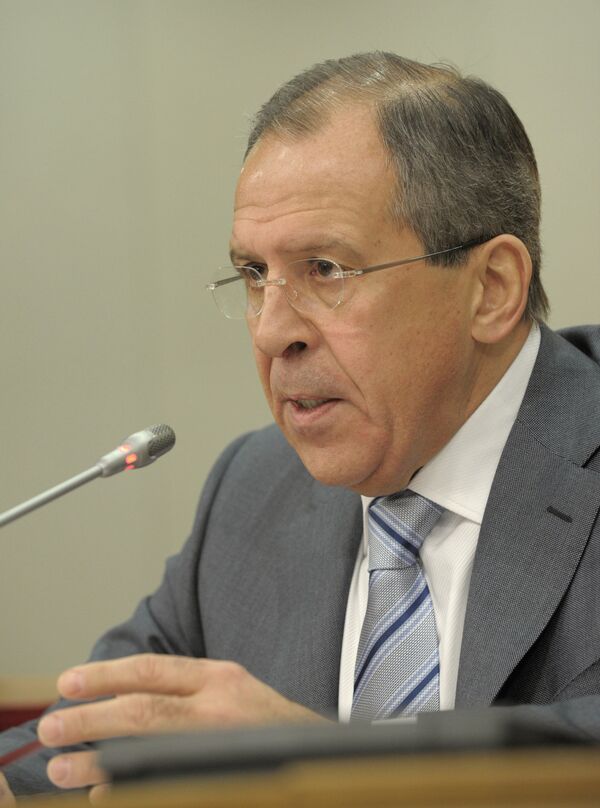 On Monday, speaking on national Northern Territories day, Kan called Medvedev's November 2010 visit to the one of the disputed islands an "inexcusable rudeness"

"These statements are clearly not diplomatic," Lavrov said. "They sharply contrast with the respectable and positive tone which was typical of the meeting between Naoto Kan and the President Medvedev in [the Japanese city of] Yokohama in autumn last year," he continued.

Japanese right-wing campaigners dragged the Russian flag along the ground outside the Russian Embassy in Tokyo on Monday and called for the return of a group of disputed islands.

The Russian embassy in Tokyo said it will send a protest note to Japanese Foreign Ministry over the incident.

The pro-Kremlin youth nationalist movement Molodaya Gvardiya (Young Guard) is holding a protest rally next to the Japanese embassy in Moscow to demand an apologly for the act.

The sparsely populated islands in dispute are in the Kuril chain between Japan's northern island of Hokkaido and Russia's far eastern Kamchatka Peninsula, with the closest just 15 km (9 miles) from Hokkaido.