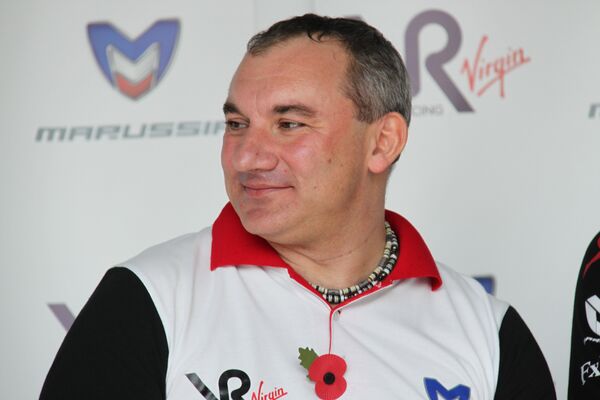 Fomenko, who on Wednesday was named Marussia Virgin Racing's engineering director, said the team received the license that gives it the right to participate in the races under the Russian flag.

"On Monday, February 7, we will officially announce that Marusia Virgin Racing is not just the first Russian team, but the first team with a Russian license. This means that for a victory the Russian anthem will be played," Fomenko said.

The team, with drivers Timo Glock of Germany and Belgium's Jerome d'Ambrosio, will debut at the Bahrain Grand Prix on March 11-13.

The deal between Marussia Motors and Virgin Racing is the second attempt to create a Russian team in F1. In 2005, Midland group, owned by Russian-born businessman Alex Shnaider, attempted to create an F1 team, but after its unsuccessful debut in 2006, Shnaider sold the team to Dutch car manufacturer Spyker Cars NV.