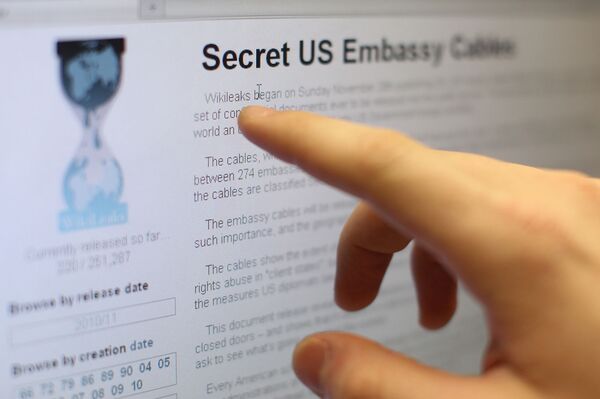 A Norwegian lawmaker announced on his blog he has nominated controversial whistle-blowing website WikiLeaks for a Nobel Peace Prize for the role it has played in protecting human rights, democracy and freedom.

A Norwegian lawmaker announced on his blog he has nominated controversial whistle-blowing website WikiLeaks for a Nobel Peace Prize for the role it has played in protecting human rights, democracy and freedom.

"Wikileaks have contributed to the struggle for those very values globally, by exposing (among many other things) corruption, war crimes and torture - sometimes even conducted by allies of Norway," Snorre Valen of the Socialist Left Party said in his blog.

World leaders and diplomats have downplayed the impact of the leak of more than 250,000 confidential U.S. diplomatic cables by the WikiLeaks site, but many have questioned the benefit of the project, alleging that some of the leaks could "threaten lives."

Any lawmaker, academic or award recipient around the world can nominate individuals and organizations for the prize. Every year the Nobel Peace Prize Committee receives 200 nominations. The deadline for submissions expired on Tuesday.

"This way [reading WikiLeaks], the public has become aware of abuses of power that governments should be held accountable for. The internet doesn't change this - it merely makes information more accessible, easier to distribute, and more democratic in the sense that virtually anyone with an internet connection can contribute," Valen said.

"Most recently, by disclosing the economic arrangements by the presidential family in Tunisia, Wikileaks have made a small contribution to bringing down a 24-year-lasting dictatorship," the blog of the young politician read.

WikiLeaks' enigmatic founder Julian Assange was arrested in London on December 7, but later released on bail.

Awarding Assange the prize would be a controversial move by the Nobel Committee, but not unprecedented. The organization drew media stir and consternation from China over awarding the 2010 Nobel Peace Prize to human rights activist Liu Xiaobo.