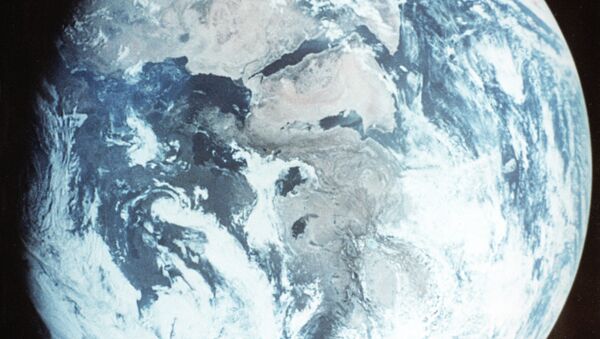 Russia has most likely lost a new dual-purpose geodesic satellite after it failed to reach a designated circular orbit 1,000 kilometers (600 miles) above Earth.

Russia has most likely lost a new dual-purpose geodesic satellite after it failed to reach a designated circular orbit 1,000 kilometers (600 miles) above Earth.

The GEO-IK-2 satellite, designed to create a detailed three-dimensional map of the Earth and help the Russian military to locate the precise positions of various targets, was launched Tuesday on board a Rockot carrier rocket from the Plesetsk space center in northern Russia.

The spacecraft failed to communicate with Russia's Ground Control at a designated time but was reportedly "discovered" by U.S. space monitoring services, moving along an elliptical orbit whose lowest point brought it to within 330 kilometers (205 miles) of Earth.

The Russian Defense Ministry has set up a joint commission with Russia's space agency Roscosmos to investigate the possible causes of the incident and to attempt bringing the satellite to the designated orbit.

However, sources in the Russian space industry believe it is impossible to correct the current orbit in such a way that the satellite would be able to perform all its functions properly.

The incident comes just two months after Russia lost three Glonass satellites when a Proton-M carrier rocket veered off course and sunk in the Pacific Ocean.

The December 5 launch of the Proton-M carrier rocket was supposed to conclude the forming of Russia's Glonass navigation system, a project similar to GPS in the United States.