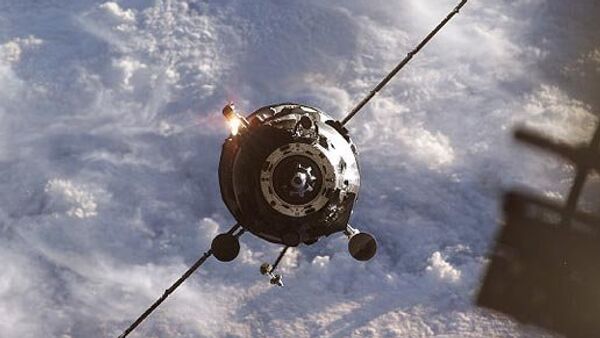 A Soyuz-U booster rocket carrying the spacecraft blasted off from the Baikonur space center in Kazakhstan on Friday.

The spacecraft also delivered to the space station a Kedr mini-satellite designed to transmit greeting messages in 15 languages, Earth photos and telemetry data from its service systems. The satellite's name is derived from Russian cosmonaut Yuri Gagarin's call sign.

Last month, Russia's Mission Control readjusted the ISS orbit, raising it by 4.2 kilometers (2.6 miles) to ensure the best conditions for the docking of the Progress M-09M freighter and the U.S. Discovery shuttle.

Earlier in the week Russia's Progress M-08M cargo spacecraft was undocked from the ISS and was sunk in a remote area of the southern Pacific Ocean.

Progress-family freighters have been the backbone of the Russian space cargo fleet for decades. In addition to their main mission as cargo spacecraft, they are used to adjust the ISS's orbit and conduct scientific experiments.