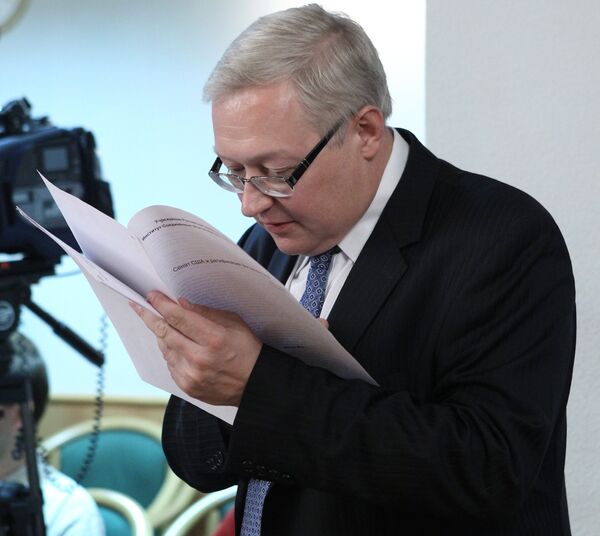 It is too early to discuss limiting tactical nuclear weapons (TNW) with the United States.

When ratifying the New START arms deal with Russia in December, the United States Senate adopted a resolution obligating the government to start bilateral talks on cutting the TNW stockpiles - landmines, artillery shells and short-range missiles. Washington says Moscow has a larger number of these systems.

"We are not even close to discussing the prospect of concluding any agreement in this sphere, the more so as we don't know yet how the [new] ratified arms reduction treaty will be implemented," Ryabkov told Russian journalists Friday.

"Until we see the way commitments undertaken within its framework are fulfilled and to what extent the sides are acting in line with the treaty's letter and spirit, this issue will be premature for us," he said.

The first supplementary statement addresses the current state and the future of Russia's nuclear deterrent, while the second outlines the State Duma's position on the reduction and limitations of strategic offensive armaments.

The new deal, replacing START 1, which expired in December 2009, was signed by Medvedev and U.S. President Barack Obama in Prague in April 2010. The document slashes the Russian and U.S. nuclear arsenals to a maximum of 1,550 nuclear warheads, down from the current ceiling of 2,200.

The U.S. Senate ratified the deal on December 22, 2010, but added several amendments to the resolution on ratification, including a demand to build up U.S. global missile defenses.

Medvedev said the treaty will formally enter into force after the exchange of ratification documents, which is due to take place at the upcoming meeting between Foreign Minister Sergei Lavrov and State Secretary Hillary Clinton.

The meeting could take place in Munich on February 4-5.