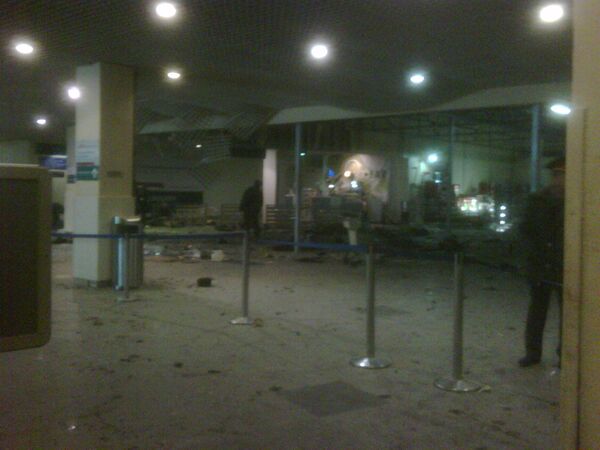 © RIA Novosti . Valery Yarmolenko
Subscribe
The Interior Ministry, not airport security, is responsible for checking passengers at the entrances to airports, the deputy head of Russia's transport watchdog, Rostransnadzor, said on Tuesday.

The Interior Ministry, not airport security, is responsible for checking passengers at the entrances to airports, the deputy head of Russia's transport watchdog, Rostransnadzor, said on Tuesday.

"Airport [management] is only required to provide control equipment, while interior ministry officials should decide who should be checked," Vladimir Chertok said, adding that airport security services have no right to check citizens entering the building.

A powerful blast struck the busy international terminal of Moscow's Domodedovo Airport on Monday evening, killing 35 people and injuring up to 180. A suicide bomber is believed to have detonated the bomb, which was equal to 5 kg of TNT.

The president also ordered the Interior Ministry to check if the Domodedovo management took proper measures to ensure passenger security, adding that it was not right to "push responsibility solely onto police."

Monday's blast is not the first time Russia's largest airport has been targeted by terrorists. In August 2004, two planes which took off from the airport were blown up by female Chechen suicide bombers, killing a total of 90 people.

The chief transport official in the Russian North Caucasus Federal District said on Tuesday that Russian laws should be improved to allow the introduction of fully-fledged security measures at the entrance to transportation hubs.