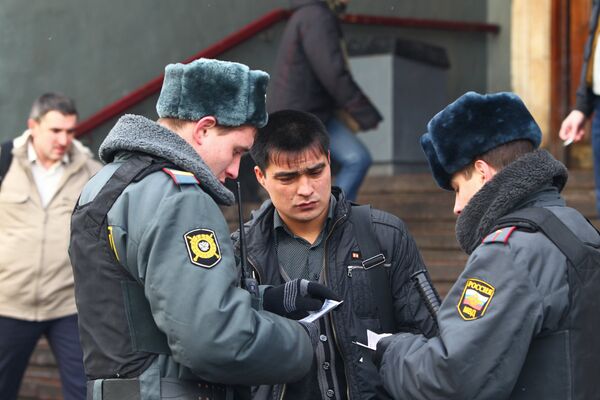 © RIA Novosti . Andrey Stenin
/
Go to the photo bank
Subscribe
Police working at Moscow airports will be inspected after the deadly terrorist attack at Domodedovo International Airport, a source in the Interior Ministry said.

Police working at Moscow airports will be inspected after the deadly terrorist attack at Domodedovo International Airport, a source in the Interior Ministry said.

At least 35 people, were killed and another 180 injured in the attack. A total of 110 people have been hospitalized, with many in a critical condition.

Earlier on Tuesday a law enforcement source said the work of police and security at Domodedovo International Airport will be checked, as it had earlier raised a number of concerns before the terrorist attack at the international air hub.

"The inspections will concern all police divisions, ensuring security on transport, along with adjacent structures, including the Aviation Security Service," the source said.