Domodedovo security, police to be investigated after blast (Update 1) 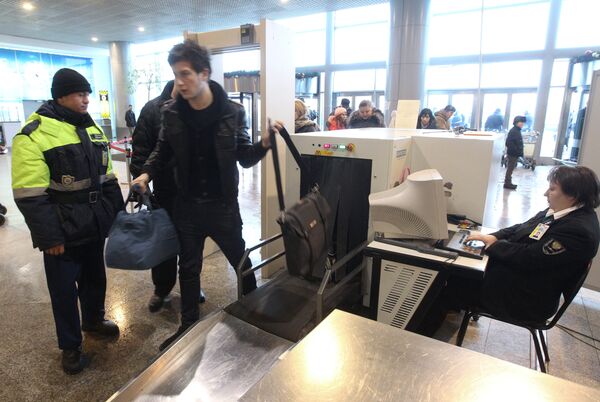 © RIA Novosti . Alexei Kudenko
/
Go to the photo bank
Subscribe
Police officers and security staff on duty at the Moscow airport hit by a deadly suicide bombing on Monday will be investigated for possible negligence, a law enforcement source said on Tuesday.

Police officers and security staff on duty at the Moscow airport hit by a deadly suicide bombing on Monday will be investigated for possible negligence, a law enforcement source said on Tuesday.

At least 35 people, including eight foreigners, were killed and another 180 injured in the attack. A total of 110 people have been hospitalized, with many in a critical condition.

Unconfirmed reports said the female suicide bomber was accompanied by a man whose head was ripped off by the blast.

The law enforcement source said security and police in the arrival zone were not alert enough to possible dangers.

"[Airport security officials] turned a blind eye to the presence of unauthorized persons," the source said.

The source said the security system in the area was poor despite earlier demands by officials to improve it. He said all the airport staff, many of whom come from Russian regions, must be checked.