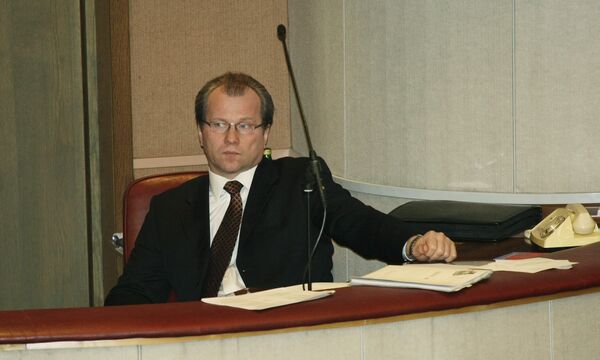 The incident took place in an elite region west of Moscow when envoy Garry Minkh's BMW collided with an Opel Astra. Minkh was not injured in the accident, but his driver died and the female Opel driver suffered multiple fractures.

Her relatives said the accident was a result of Minkh's car pulling into the oncoming lane and that eyewitnesses would testify to this, the spokesman said.

A presidential administration spokesman earlier said the accident took place on Opel's side of the road and that skid marks indicated that the Opel, not the BMW, pulled into the oncoming lane.

A Moscow police source told RIA Novosti on Friday that traffic police believes the Opel driver was guilty of causing the crash.

Violations of traffic rules that result in a death are punishable by up to five years behind bars in Russia.

Two women were killed in February when their car collided head-on with a chauffeured Mercedes belonging to Anatoly Barkov, the vice-president of Russian oil giant LUKoil.

Barkov was not charged with the accident, despite evidence that his car pulled into the oncoming lane.

His car had a flashing blue light used by many businessmen and state officials to bypass traffic rules. The use of blue lights by VIPs has sparked a large grassroots protest movement.