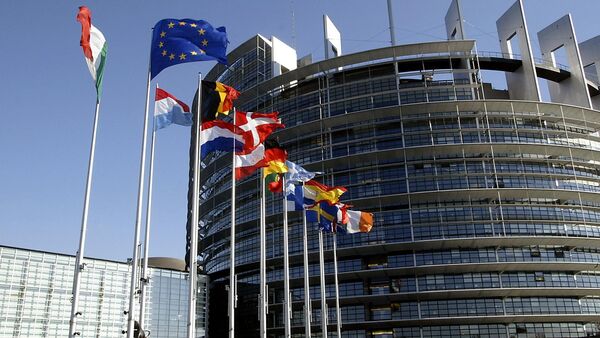 Belarus has rejected as baseless the European Parliament's resolution calling for EU sanctions against the country's leadership, saying it was against the interest of EU-Belarus ties.

Belarus on Thursday rejected as baseless the European Parliament's resolution calling for EU sanctions against the country's leadership, saying it was against the interest of EU-Belarus ties.

"The accusations and claims contained in the resolution are absolutely baseless. They openly contradict the interests of a constructive dialogue between Minsk and Brussels," Foreign Ministry spokesman Andrei Savinykh said in a statement.

The European Parliament on Thursday adopted a resolution calling for immediate sanctions against the leaders of Belarus over the response to the opposition protests that followed the December 19 presidential election. The foreign ministers of the European Union's 27 states are expected to reach a final decision on any sanctions when they hold their first meeting of the year on January 31 in Brussels.

The resolution calls on the European Council to impose a ban on visas and freeze any EU bank accounts of senior government officials and members of the judiciary and security agencies responsible for rigging the elections and persecuting the opposition.

Lukashenko, who has ruled Belarus with an iron rod since 1994 and has been dubbed by the United States "Europe's last dictator" for a clampdown on opposition and dissent, gained a landslide victory in the polls with 79.67 percent of the vote.

More than 600 people, including opposition leaders, were detained in the Belarusian capital during a police crackdown on demonstrators after the vote that the opposition said had been rigged. International monitors called the election flawed.

During a high-level meeting in Brussels in early January, EU diplomats started the process of reinstating a travel ban against the Belarusian leader and top government officials. According to diplomatic sources, the list of Belarusian officials facing the ban could be extended to over 100 people.

A consensus of all 27 EU member states is required to go ahead with any sanctions, which could also involve suspension of Belarus from the EU's Eastern Partnership.

Western nations, including the United States, introduced sanctions against the country and travel bans on President Lukashenko and Belarusian officials following the 2006 presidential elections, which were also called fraudulent.

The ban was suspended in 2008 in a move aimed to encourage Belarus to move closer to the European Union. In October 2010, the European Council prolonged the suspension of the visa bans until October 31, 2011.