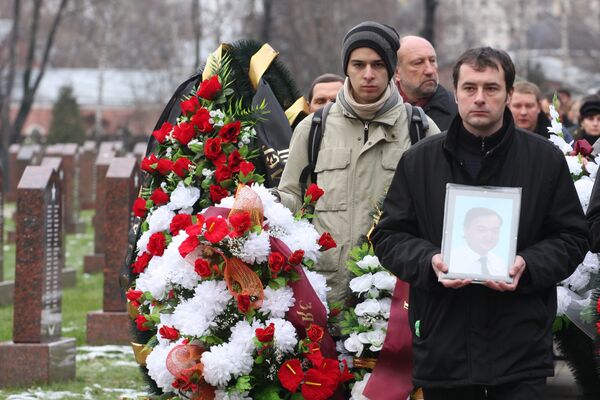 © RIA Novosti . Andrei Stenin
/
Go to the photo bank
Subscribe
A UN investigation into the death in prison of corporate lawyer Sergei Magnitsky is impossible under Russian law, the Foreign Ministry said on Thursday.

A UN investigation into the death in prison of corporate lawyer Sergei Magnitsky is impossible under Russian law, the Foreign Ministry said on Thursday.

The ministry also denied media reports that experts from the United Nations Human Rights Council had launched a probe into Magnitsky's death.

It said UNHRC experts had only asked Russia for information about the progress of investigations into a number of cases, including Magnitsky's, that have raised questions about human rights in Russia.

"There is no question of special rapporteurs conducting their own investigation," the ministry said.

His death triggered an international outcry amid concerns that his imprisonment could have been the result of official abuses.

Although President Dmitry Medvedev fired several senior prison officials over Magnitsky's death and pledged a full investigation, no one has been prosecuted so far.

In mid-December the European Parliament called on EU members to impose sanctions on Russian officials involved in Magnitsky's case.