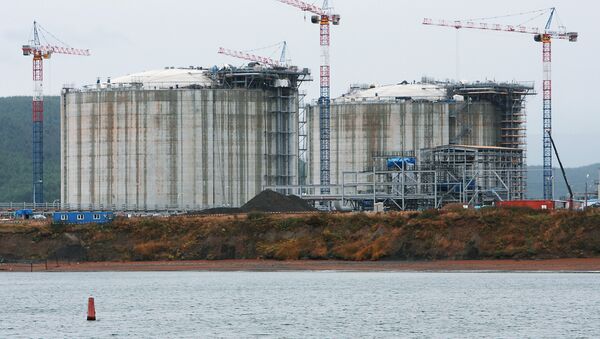 The construction of a third oil platform for the Shell-led Sakhalin II energy project may threaten a critically endangered population of gray whales off Russia's eastern coast, the World Wildlife Fund (WWF) said on Monday.

The company, which already has two platforms in the Russian Far East, announced in December its plans to build another one near the crucial feeding habitat of the gray whale population.

"The construction and operation of an additional off-shore platform could have numerous negative impacts on the whales, potentially disrupting feeding behavior and increasing the chance of fatal ship strikes," WWF said in a statement. "Also, a third platform heightens the risk of an environmentally catastrophic oil spill in this sensitive habitat."

Activists from various environmental groups have repeatedly voiced their concern about the possible negative impact of seismic work on gray whales, listed in the International Red Book of endangered species.

"Just around 30 female western gray whales of breeding age remain - the population is already on the brink of disappearing forever," the statement quoted Alexei Knizhnikov, Oil ans Gas Environmental Policy Officer for WWF-Russia, as saying. "The loss of even a few breeding females could mean the end for the population."

The multi-billion-dollar project, led by Royal Dutch Shell, has also been accused of inflicting large-scale damage on Sakhalin's ecosystem, including illegal deforestation, the dumping of toxic waste, and soil erosion.