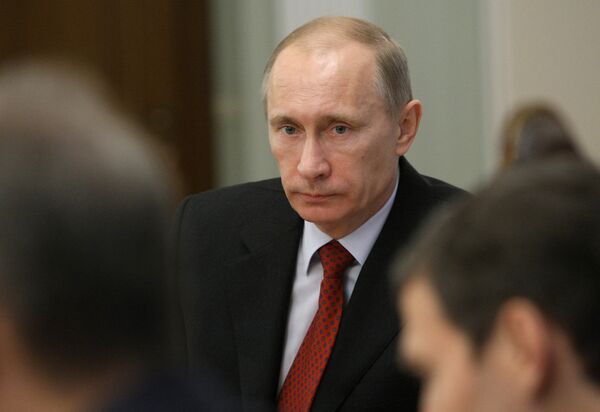 Russia celebrates the 50th anniversary of the first manned spaceflight, by Yury Gagarin, this year.

"We will allocate 115 bln rubles from the federal budget in 2011 on national space programs," Putin said at a meeting with space officials.

The prime minister said that in 2011 Russia planned to launch about 50 spacecraft and adopt a federal program for the development of the Glonass satellite navigation system until 2020.

Russia intended to conclude the forming of its Glonass system, a project similar to GPS in the United States, last year, but a Proton-M carrier rocket carrying three Glonass satellites veered off course and sunk in the Pacific Ocean on December 5.

Russia's space agency Roscosmos said the next launch of a Proton rocket carrying another three Glonass satellites could be conducted sometime in August. The rocket will be equipped with a different type of booster.

In the long run, Russia plans to increase its share in the global space market by designing new models of unmanned and manned spacecraft, participating in a large number of international space projects and building a new space center.