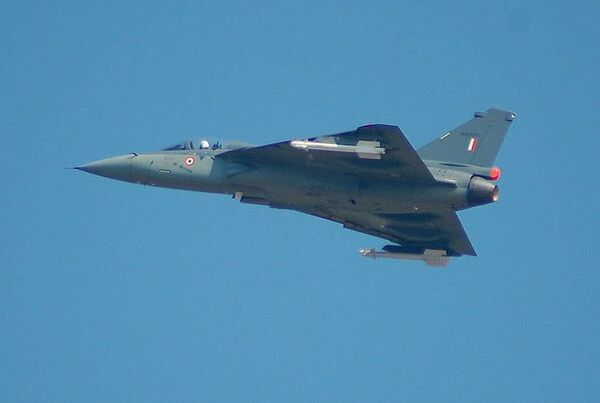 "This is a historic moment for the Air Force and the scientific community. India has joined the elite list of powers capable of developing air combat platforms from scratch," said Pradeep Vasant Naik at a ceremony in Bangalore.

The 13-ton Tejas or Light Combat Aircraft (LCA) has been designed since mid-1980s. The world's lightest supersonic fighter jet is set to replace the aging MiG 21s.

The LCA's maiden flight was made on January 4, 2001. The Indian Air Force is reported to have a requirement for 200 single-seat Tejas fighters and 20 two-seat conversion trainers.

Russia started in-flight tests of the Kaveri engine in autumn 2010.