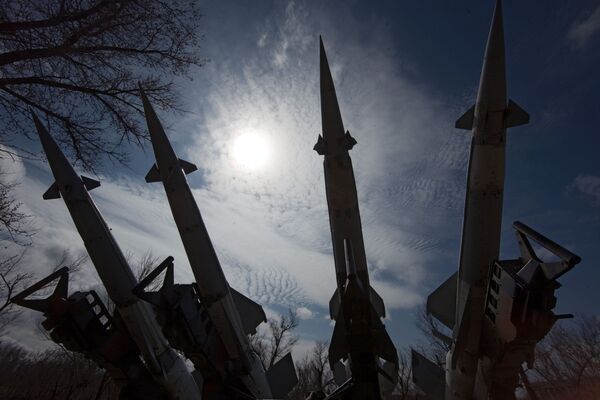 The New Start agreement with the United States on strategic nuclear arms cuts favors Russia more than the now-expired START 1 deal did, a top Russian lawmaker said on Friday.

Konstantin Kosachyov, the chairman of the State Duma's International Affairs Committee, called the fact of the agreement a breakthrough, and said the U.S. Senate's ratification of the treaty had not changed anything within the document.

"Russia is once again perceived as an equal partner with whom you can and should negotiate," he said on Ekho Moskvy radio. "This is, to emphasize once again, a breakthrough, not a compromise."

"Everything else laid out in the agreement in fact represents very substantial progress, I would say in ours and not in the Americans' favor compared with the 1991 START 1 treaty that just recently passed into history," he added.

He said that the Duma, parliament's lower house, would likely consider the ratification bill on second reading on January 14. The third and final reading, he added, would probably wait until after the upper house Federation Council returned to full session on January 26.

Kosachyov said the Duma bill would state where its interpretation of New Start differed from the U.S. Senate's, but he stressed that U.S. senators had done nothing to change the text of the treaty and neither would Russian lawmakers.

"In December, a number of amendments were voted on there [in the Senate] that went to the text of the treaty itself. Fortunately, they were voted down by the Senate, common sense prevailed, and the agreement we have is in the form in which it was signed by the presidents in April last year," he said.

The major areas where the Russian and U.S. views of the document differ include missile defense and the use of non-nuclear warheads on delivery systems covered by the agreement.

The treaty, which replaces the START 1 agreement that expired in December 2009, cuts the Russian and U.S. nuclear arsenals to a maximum of 1,550 nuclear warheads, down from the current ceiling of 2,200.

It will come into force after ratification by both houses of the Russian parliament.