Power supplies outside Moscow to resume by late Wednesday 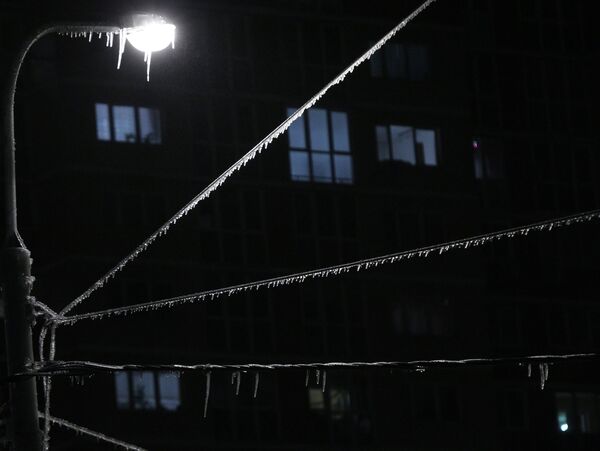 The Russian emergencies ministry said it planned to resume electricity supplies to blackout-hit areas outside Moscow in full by late Wednesday.

As of 18:00 Tuesday, a total of 10 districts in Moscow Region remained without electricity. The power outages affected more than 6,500 houses with some 14,800 inhabitants in almost 200 settlements.

But Gennady Onishchenko, who heads Russia's consumers' rights and health watchdog, later said that 31,000 people in 243 settlements near Moscow remained without electricity supplies.

By noon January 1, the emergencies ministry said power supplies have resumed in all affected areas, but reports of more power outages followed. The local government had to introduce a state of emergency in 18 regions on the following day.

Many houses in the neighboring Tver and Smolensk regions, as well as in the Central Russian Nizhny Novgorod Region, were also affected by power outages.

By 18:00 Tuesday power supplies resumed in 92 Moscow Region settlements with 23,300 residents in total.