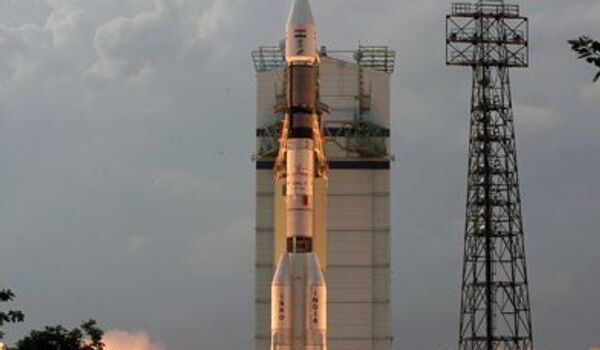 © ISRO
Subscribe
India's GSLV rocket exploded before the Russian-made 12 KRB booster was launched, a source in the Russian research centre that developed the booster said on Saturday.

India's GSLV rocket exploded before the Russian-made 12 KRB booster was launched, a source in the Russian research centre that developed the booster said on Saturday.

"The explosion occurred during the work of the first stage of the Indian rocket and the Russian booster was not even launched," the source at the Khrunichev Centre said.

The Geosynchronous Satellite Launch Vehicle deviated from the designed path several minutes after the liftoff from the Sriharikota space centre in the state of Andhra Pradesh in southeast India, the TV channel said.

The causes and the circumstances of the rocket failure have not been announced. According to preliminary information, there could have been problems with the rocket's first stage, the TV channel said.

The previous launch in the spring of this year was also unsuccessful after the rocket fell into the Bay of Bengal 304 seconds after liftoff as its cryogenic engine failed to perform. The rocket tumbled, lost altitude and finally splashed down in the sea.

India is seeking to become the sixth country to develop its own cryogenic booster sections, necessary for lifting heavy satellites to geostationary orbit. Until recently, only the United States, Russia, France, Japan and China had the technology.