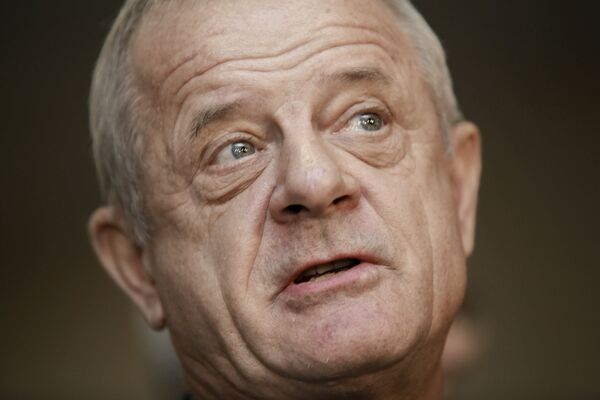 Kvachkov was arrested on Thursday a day after Russia's Supreme Court upheld his acquittal in a high-profile case of an assassination attempt in 2005 on Anatoly Chubais, former head of the UES electricity giant and architect of post-Soviet reforms.

According to Russia's FSB, Kvachkov, as head of the headquarters of the Minin and Pozharsky public militia group, plotted to seize weapons in several military units and organize an armed march on Moscow for the forceful overthrow of power, the paper reported.

Kvachkov's defense, however, has said the FSB's allegations are unfounded, the paper reported.

Kvachkov himself has denied the accusations, saying they are based on false allegations that he and members of an organization he leads were plotting a coup.