From the Admiral Gorshkov to the T-50: on the new renaissance in military-technical cooperation between Russia and India 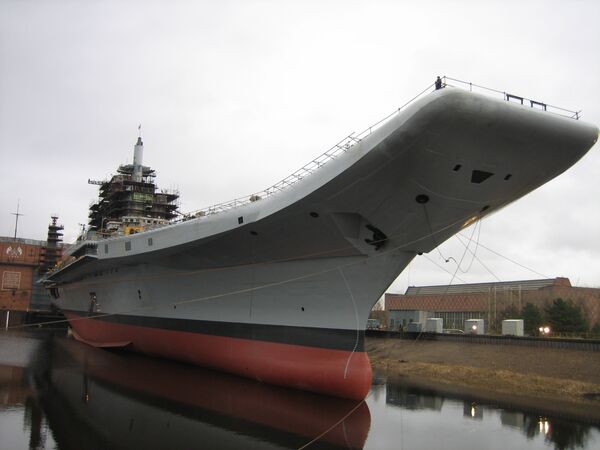 © RIA Novosti . Sergey Safronov
Subscribe
Russia and India have now signed an agreement on the preliminary design of the fifth-generation FGFA fighter for the Indian Air Force.

Russia and India have now signed an agreement on the preliminary design of the fifth-generation FGFA fighter for the Indian Air Force.

The fighter will be based on the Russian T-50, which is currently undergoing flight tests.

The history of the FGFA spans more than a year - the preliminary agreement on its design was signed in 2008, when the Future Airborne Complex - Frontline Aviation (PAK-FA) program entered the final phase of its development. At the time, the basic requirements for the Indian fighter, which slightly differed from the Russian version, were identified. These main differences were in crew capacity (the Indian Air Force prefers a two-man vehicle), equipment, and weapons (for obvious reasons, the Indian fighter will not exclusively use Russian combat systems).

It took almost 10 years for the Russian fighter to see its first flight. The plane currently being developed for India should get off the ground sooner because the bulk of its design has already been applied under the PAK-FA program. If all goes well, the first FGFA flight could occur in the next five to six years, and mass production could start in 2018-19.

The development of the FGFA proceeds from of a long history of military-technical cooperation between Russia and India that has persisted for nearly 50 years and gone through several phases of change and evolution.

A history of cooperation

The first phase of Russian-Indian military-technical cooperation began in 1962, when the Soviet Union delivered ready-made weapons to India during its conflict with neighboring China. The second phase began in the late 1960s, when India undertook the licensed production of Soviet systems - aircraft, small arms, and a number of other weapons systems.

By 1980, 75% of India's military needs were being met by arms deliveries from the USSR and the licensed production of Soviet weapons, and by the 1990s, India the same percentage of Indian forces were still armed with Soviet weapons. Simultaneously, Indian industry reached a level that enabled it to develop its own weapons models. The Indian defense industry has since begun work on several independent projects, including ballistic and anti-aircraft missiles, warships, tanks, and various aircraft.

However, experience has shown that India is not always capable of completing such projects under its own auspices, which can lead to significant delays and inferior equipment as compared to systems in Russia and the West. The Akash anti-aircraft missile system is a prime example. The system was developed over almost 25 years - from 1984 to 2009 - but its military-technological level is approximately the same as the Buk anti-aircraft missile system developed in the USSR in the early 1980s. The Indian tank project, Arjun, has also thus far been lackluster and took almost 30 years to be developed.

As a result, the Indian leadership has decided that joint development is the most promising form of military-technical cooperation because it enables India to develop its scientific and technical expertise while obtaining the results guaranteed by its partner's more significant advancement.

The Air Force and the Navy - the backbone of cooperative partnership

The role of Russian developers in creating new ships for the Indian Navy is considerable; these include destroyers, frigates, new generation Project ATV nuclear submarines, as well as a long-term project for an aircraft carrier. At the same, India continues to buy fully manufactured ships from Russia. The most important of these is the upgraded Vikramaditya aircraft carrier (formerly the Admiral Gorshkov). Meanwhile, the construction of Project 11356 frigates for the Indian Navy continues. India intends to order three more ships in addition to the three already built and the three currently under construction.

In terms of the prospects for military-technical cooperation with India, it should be noted that Russia will likely continue to supply the bulk of aircraft and warships. As for the supply of ground vehicles, India is gradually reorienting towards its own industry along with other international suppliers.

For Russia, however, the aviation and shipbuilding markets are more than worth it - the Indian Air Force and Navy are among the strongest in the world and require large supplies of modern technology to maintain their current force and underwrite their future development. Moreover, it is possible that in the future Russia and India will align to fill orders from third-party nations through joint production and export.