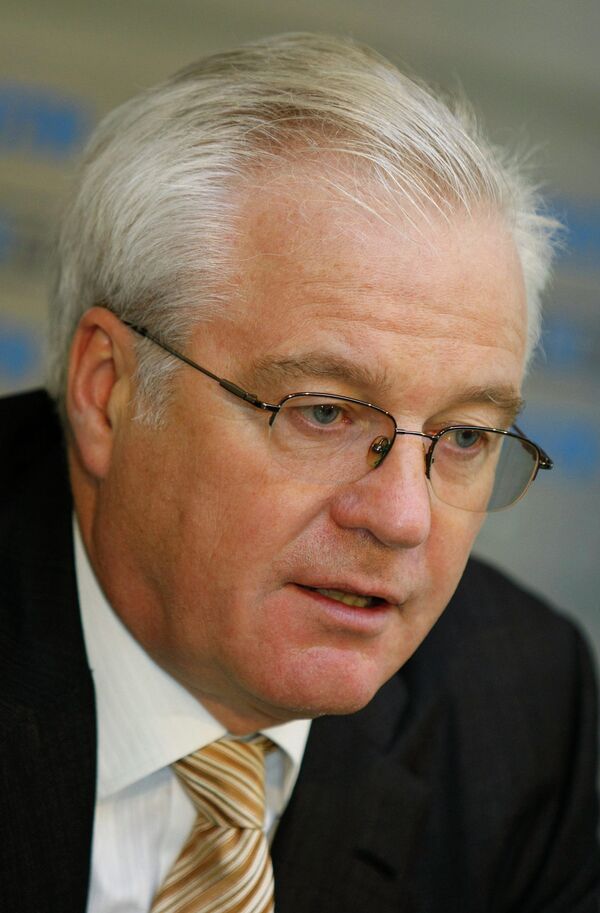 The UN Security Council failed to adopt a statement on North Korea on Sunday after nine-hour discussions due to diplomatic differences.

The UN Security Council failed to adopt a statement on North Korea on Sunday after nine-hour discussions due to diplomatic differences, Vitaly Churkin, Russia's envoy to the UN, said.

"Our draft to send the sides a seemingly evident signal [to show restraint] faced quite predictable diplomatic difficulties due to differences in understanding by a number of Security Council members of the reasons for tensions on the Korean peninsula," Churkin told journalists.

Tensions on the Korean peninsula are high since Seoul unveiled plans to hold exercises on Yeonpyeong Island on December 18-21. Pyongyang blasted the move saying its response would be "deadlier" than the shelling in November that killed four South Koreans on the island.

South Korea has postponed the drills until Monday citing poor weather conditions, but vowed to proceed with the planned exercises despite threats from Pyongyang and calls for restraint from Russia and China.

The key issue that prevented the UN from adopting a coordinated statement was the fact that the United States and China had different approaches. The U.S. refused to adopt any statement without a clear condemnation of the reclusive communist regime, whereas China was against blaming Pyongyang.

The Security Council held an emergency meeting on Sunday at Russia's request to address mounting tensions between the two Koreas. Participants discussed a Russian draft statement calling on North and South Koreas to refrain from escalating the conflict.